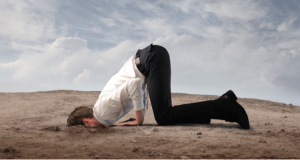 Over the past five years a who’s who of Australian politics have revolved through the top job. Leaders elected by the people are being ousted on the whim of the party with little thought of what they were elected to do. The democratic system out of control and the Australian public has lost faith in the government. In fact, if you’re willing to play the game I am sure anyone could topple the next leader if they wanted to.

Over the next few weeks, months and potentially years, every ‘has been politicians’, academics, political analysts, and leadership experts will be rolled out to debate the state of Australia’s democratic systems (The Worstminster System). Before too long there may even be a mini-series on the ABC depicting the downfall of these so called leaders.

How is it possible?

What still amazes me is how is it possible, that a leader with so many advisors and colleagues around them, were still oblivious to the impact their leadership style was having on team morale and the perception of their ability.

Surprisingly, this is not that unusual. In fact this happens every day and you and I are not immune to it either. 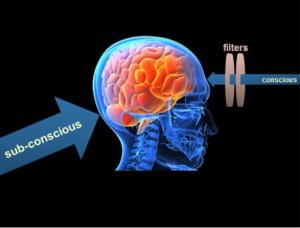 Because of an instinctual need to protect ourselves from harm, we subconsciously hide key information from our conscious mind. When we have a lot to lose our brain goes into a protection mode shielding us from the painful truth.

This concept is commonly referred to as termed “Wilful Blindness” and is explained in Margaret Heffernan book “Willful Blindness: Why We Ignore the Obvious at Our Peril”. Whilst this concept has origins in legislation (if there’s information that you could know and you should know but you somehow manage not to know, the law deems that you’re wilfully blind), its use in group dynamics and leadership development cannot be underestimated.

The science is clear that we can’t consciously notice everything. We need to filter what we see allowing our brain to focus on what’s important. We are hardwired to accept the information that makes us feel good (reward state), and reject the information that challenges our ego or self-worth (fear state). 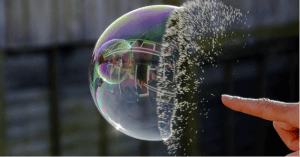 Margaret highlights numerous examples of where leaders “inhabit a b

ubble of power”. They are isolated from what is going on around them and the more power they have, the more susceptible they are to it. In essence they are both psychically and emotionally cut off from the reality of the situation. Examples like the collapse of Lehman Brothers, Texas City Refinery explosion and the decades of child abuse claims across the Catholic Church, all demonstrate some elements of Wilful Blindness to the obvious. 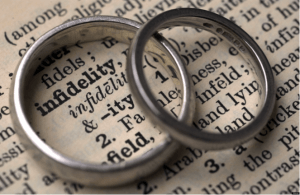 Wilful Blindness is not just limited to positions of power. The common saying that “love is blind” is all too true. In many examples of relationship breakdowns, counsellors and researchers identified that partners were clearly aware of their partner’s infidelity well before the issue came to a head. They subconsciously chose to hide the warning signs so as to protect themselves and their children from pain.

So what can you do to minimise the likelihood of being ‘wilfully blind’?

To minimise the impact of Wilful Blindness has its roots in emotional intelligence and the concept of Self Awareness. Understanding how you think, feel and act is essential. Some factors to consider include:

I am sure that if the Rudd’s, Gillard’s, Abbott’s and Turnbull’s of the world paid attention to  what’s truly happening around them and were willing to acknowledge personal fears and concerns, then their positions may have never been challenged. If they were self-aware and were open to the world around them then the confidence in the Australian Political System may not be at the level it is today.

Just ask a friend who has gone through a relationship separation. I am sure they would say that if they weren’t not so Wilfully Blind, they would have been able to deal with the issue earlier and potentially saved themselves a lot of pain and money. 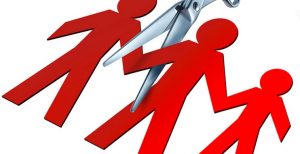 If as a leader you are Wilfully Blind to the on goings of your environment, you will lose the confidence of your team, peers and more broadly the people who have invested in you. Do not allow yourself to be become a leadership statistic. Don’t allow your blindness to hinder you greatness.