Have you ever had one of those mornings where everything that could go wrong did go wrong? Well Joey a good friend of mine from a past career did, and it had a major influence on his mood for the rest of the day.  If he only realised that how he feels is entirely up to him.

Joey had been preparing for a big presentation with the senior executives and today was his day. He was well prepared and ready to go. As his alarm went off he realised that he was already 15 minutes late. He launched out of bed and headed straight for a shower only to find there was no hot water left. Cursing he endured the cold water for just enough time to get wet and throw on his best clothes for the day. As he entered the kitchen for his morning coffee he realised there was no milk left. Damn kids he thought as they sat there eating Coco Pops. No worries he thought I’ll get one at the office. As he started out the door his beloved reminded him that he had to drop little Betty off at school.

Grumbling and groaning he barked at Betty to hurry up and get in the car. Tears started to well up in Betty’s eyes and he just knew this was not going to end well. Finally, after much consoling he was in the car on the way to work. He thought to himself that if only he could get a clean run in he might just make it. The Green Light Gods were not helping him this day as he hit every red light on the way in. 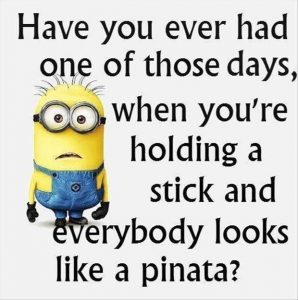 By the time Joey had made it into the office he was in the foulest mood. Anyone who got into his way felt the wrath of his fury. Clients, colleagues and the poor barista who happened to give him a flat white instead of a latte all walked away licking their wounds. Let’s just say it was a bad day for all concerned.

What happened to Joey is an all too common experience. What Joey had allowed to happen is to let the events of the day dictate what attitude he took into it. And when he did choose a negative attitude, it had a contagious effect on everyone else.

This is called Emotional Contagion. It describes where one person’s behaviours and emotions directly trigger similar behaviours and emotions in others. In one study in 2002 (The Ripple Effect: Emotional Contagion and its Influence on Group Behavior) researchers found that in a group setting when one person displays positive emotions, it spreads across the group. Furthermore, it also increased the groups’ cooperative behaviours, there was less interpersonal conflict and allocation of resources became more equitable when compared to the group with a person displaying negative emotions.

This is just one example of the considerable research that says that when we bring the right attitude to the workplace, the results across the board will be better.

Let’s look at some simple techniques that you can apply right now:

Sure, there are going to be days where you’re not going to be feeling like singing from rooftops but it’s really up to you to determine when those days are going to be. If on the most part you can choose a positive attitude, then your day and the day of those around you is going to be far more enjoyable and productive.

Don’t be like Joey and let a bad morning ruin his and everyone’s day. Make the choice today to be happy and watch the positive energy flow.

What attitude are you going to take into work tomorrow?