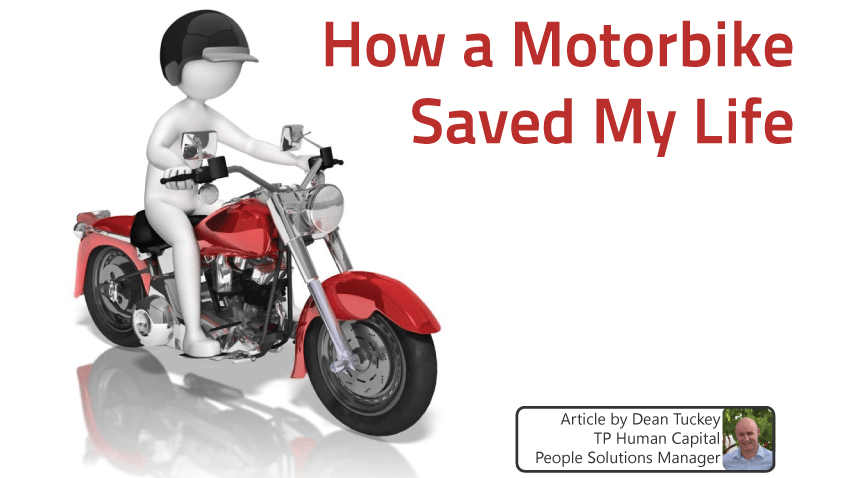 My heart was racing, I had a shortness of breath and it took all my strength to remain still and calm. How had I arrived in this situation, saturated with sweat and my stomach tied in knots. I found myself in the doctor’s surgery after recognising I was in a slump that I had tried and failed to get myself out of for over a year. Fatigued after 18-months of sleepless nights, I had swallowed my pride and admitted for the first time that I had a problem I was unable to solve by myself.

As my doc graphically represented the current state of my life by comparing it to a model of a fulfilling life, the question, “does this look like balance?” was rhetorical – the answer self-evident and the need to make changes glaringly obvious. I was burnt-out, the life had gone out of me and I lacked the spark and enthusiasm to enjoy much of anything. 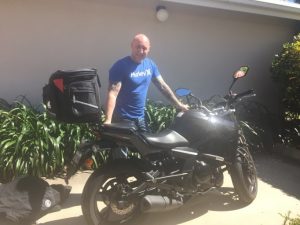 I recognised I needed an interest outside of work – writing that sounds stupid like “dah, no shit Sherlock”, but it is strange over time how you can slowly shut other things out, hobbies, friends and even family when you get overly busy with work. Sometimes work becomes the convenient escape from dealing with other parts of your life that need tending to.

The thing I had temporarily forgotten was that I had choices and I was choosing to feel hopeless and the victim of a series of unchosen events. There is a strange attachment to being the victim – it is the place where I didn’t need to take responsibility, I had a convenient excuse to wallow. Several chats with the doc reminded me that I had choices – I could keep doing what I was doing and expect a different result or I could make simple changes that were well within my control.

One change was to take up a hobby. The problem was about the hobby to take up. Although in my late forties I didn’t feel ready for bowls, model making or competitive dog grooming. My working weeks involve hanging with lots of people and let’s face it, while the world is a better place with them, people can be a pain. Hanging out with more people at the weekend and dealing with the politics at the local bowls club i.e. whose asparagus rolls are better, Doris or Betty’s held little appeal.

When I was nineteen, I spontaneously traded my 1979 Toyota Corolla SR Coupe for a motorbike and a waterbed much to my girlfriend’s dismay. Apparently providing a heads-up about the impending change would have been courteous. The experience also made me question if it really was better to ask for forgiveness than permission.

Fast forward to Christmas 2015 and my holiday project of growing a beard, drinking whiskey, smoking cigars and sports’ betting was wearing thin. In reality I could see the dangers if I persisted – I read an article about how people with beards appear less trustworthy, so that was that.

The next morning I woke up and thought “I’m going to buy a motorbike”. My heart was racing, I had a shortness of breath and it took all my strength to remain still and calm, but this time the thinking behind the physiological arousal was one of excitement rather than fear. Two-hours later I had picked one and the next day picked it up. I can honestly say that it is the best purchase I have ever made. It has now been 11-months of pure joy. Some people do yoga, some tai-chi, some meditate, but for me getting on the bike is the best form of meditation. When I’m on the bike nothing else exists, I am in the moment, and I relax and enjoy everything that is happening. The journey becomes the main thing and the destination is just icing on the cake. I’ve found myself at an Innisfail petrol station pouring water out of my boots and still smiling and loving every minute of it. I love pottering on it, cleaning it and fitting aftermarket parts. 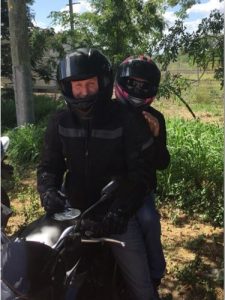 The bike became the catalyst for many other changes I made that helped me regain my spark and enthusiasm for life. I changed my diet and rediscovered that there were more colours in the food pyramid than brown. I made a commitment to exercise three to four times a week and vowed that it would not be the first thing I dropped when work pressures came on. I prioritised social connection outside of my work life and I tried to sleep. To be honest sleep has been the hardest one to crack, but I have found a sure-fire way of getting to sleep. I just imagine myself riding my bike down the highway and soon I drift off.

Posted in Blog
← Townsville City Council new positions vacantSo we’re seeing some employment green shoots: What does that mean for you? →