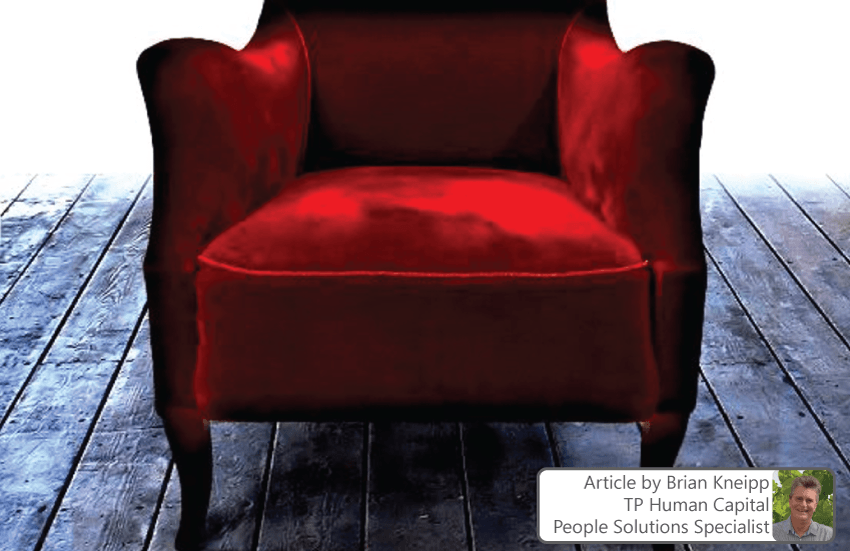 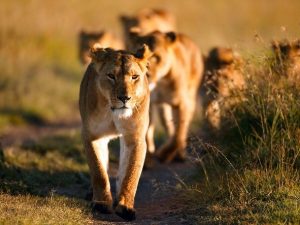 Status in the animal kingdom is usually an expression of power or dominance, it’s a ‘pecking order’ and it’s generally fairly static. The dominant matriarch in lion society is number one in the pride and she stays that way until a younger stronger lioness usurps her. For a lioness this is bad news since she doesn’t just get bumped down to second place in the hierarchy, she is normally expelled from the pride and fairly quickly starves to death…it’s not all beer and skittles for lions in the wild no matter what Disney might lead you to believe.

Human society has the same kinds of fixed or positional status that we observe in other animals; we give positional status to the judge, the doctor or the police officer (if we know what’s good for us), but this status isn’t accorded across the board, it’s situationally driven and changes depending on the circumstances. The judge is certainly number one in her courtroom, when she walks into the court we all stand up and wait for her to sit down. Counsel for defence and prosecution defer to her in every way, and the very architecture of the courtroom is designed to reinforce her power and dominion over those appearing before her.

The fact that she is number one in the courthouse doesn’t mean however that she is number one in her own home. At home her four year old grand-daughter might very well rule the roost. This is the difference between humans and other animals when it comes to status: we transact status, we willingly concede or assume status all the time, based on the situational drivers that are present and we always do so to get more of what we want.

When I would praise my young son for his efforts on guitar in his primary school concert, I didn’t tell him what I really thought (missed notes, poor phrasing, timing lapses, intonation and so on); no, I told him how great his performance was and how proud I was of him. I gave him status in order to get more of what I wanted, which was for him to develop a love of music that I hoped would bring him the same benefits that musical knowledge has brought to me. My positional status was unchanged, I was still his father, with all the status that role holds inherently, but in the matter of musical performance I happily conceded status because I thought it would better suit my purpose.

Humans assume and concede status in this way all the time, often from moment to moment and we do so mostly through our bodies (‘Body Language’ as it’s often called), most importantly, we often do so at a subliminal (below my conscious awareness) level. 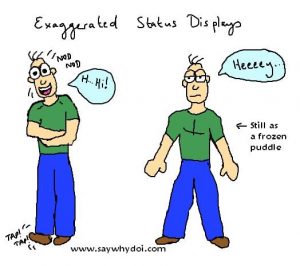 The first rule of status transactions is that high status takes up more room than low status. A high status position might be standing tall with hands on hips or sitting with extended legs and hands behind the head; low status could be standing stooped and with head bowed or sitting hunched with feet together and hands clasped together in the lap. The amount of room I take up is not restricted to my physical size, it’s about everything that surrounds me as well, a big desk is high status, a big car, a big house or even a big hat are all status signifiers.

Chairs are an obvious status signifier; with chairs size really does matter. Think of royalty on a throne, an umpire at Wimbledon, the back seat of a limo or a first-class airline seat. Have you ever had a boss whose office chair looked like something off the bridge of the SS Enterprise while their employees were made to perch on plastic seats that barely raised them above knee-height?

Some years ago I ran a music programme for homeless youth in Sydney’s Eastern Suburbs. The venue was a disused warehouse and the budget was tight so I went and got some furniture from the local op-shop. On the first day one of the chairs broke and one of my students took the legs from the broken chair and Gaffa-taped them onto the legs of another one (Ahh Gaffa! How would we survive without you?), making a chair that was abnormally high; they had to literally climb up and into it.

I noticed that this chair was the most popular seat in the house, they all wanted to sit in the ‘big chair’. The reason was simple: these kids already felt that they were very low status and this was reinforced by the very structure of the programme. I had high status in this situation, I was the ‘Teacher’, I was ‘in charge’ of them and the way the lessons were conducted, I had the most expensive instruments, the most experience, the most technique and so on and this positional status was quite static. The kids were subliminally seeking to redress this status imbalance and one way they could do so was by sitting in the big chair and ‘looking down’ on me.

I quickly understood that in order to get more of what I wanted, which was for the clients to buy in to the programme, to invest their energy and creativity to the work, it would be helpful to concede them status in exactly the same way I had done with my son.

From then on I was careful to ensure that I always took the smallest chair in the room and I went back to the op shop to buy some more furniture based entirely on size, so that my clients could always take a chair that was bigger than the ‘bosses’. This small detail made a huge difference to the feeling in the room, they were more confident and comfortable and far more willing to engage.

The big chair was only part of my strategy: I also concentrated on other status concessions like using their name as often as possible, by saying please and thank you, by sharing food and drink, by praising effort and rewarding the behaviour I wanted (Maltesers were a big part of the budget) and in every way trying to make sure I took up less room than the students.

How big is your chair? If you are habitually seated behind a large desk in the ‘Bosses Chair’ while your direct reports sit opposite you in a much smaller one then you are probably doing yourself a disservice. Your positional status as Boss doesn’t change when you concede the best chair to your employees, but it can have a marked effect on how they perceive the relationship, and can give them the subliminal status cues that will make them more willing to co-operate with your aims and objectives. 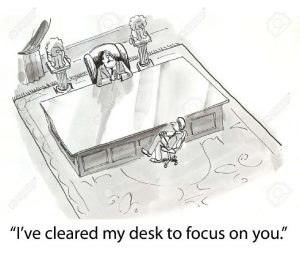 Conceding status won’t always align with your objectives of course: If I’ve been habitually late for the last three months and, as my boss, you wish to remind me that you have the power to hire and fire, then it might well be appropriate to put me in the tiny chair, to drink coffee and not offer me any, to keep me waiting or to simply take up more room than I do. I can assure you however that 9 times out of 10 it is far more powerful and productive to concede status than it is to assume it. Start with your chair size and see for yourself, you may well be surprised at the influence it can give you.

Posted in Blog
← Making a Mountain out of a Mole Hill – Why we go thereDegree or Experience – What’s more important to you? →