A story my wife would rather I didn’t share with you. 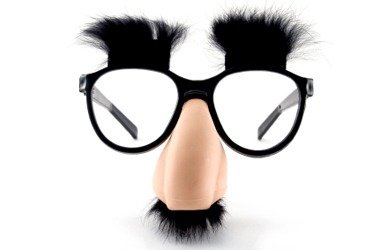 There were about 20 of us, and very late one night we all decided that on the following weekend we would hold a little competition amongst ourselves…20 bucks each to play and winner takes all.

This was some years ago, long before I met the light of my life, and I was living in a Sydney share – house with a bunch of actors, musicians, artistes and others either unable or unwilling to obtain gainful employment. Our competition was inspired partly by a children’s book titled “The Good Spy Guide” and partly by the usual pharmacological suspects and it had a simple premise. The players would agree to go to a public place at an agreed time. They would remain in the vicinity for a specified time, then leave and reassemble elsewhere to decide the winner. 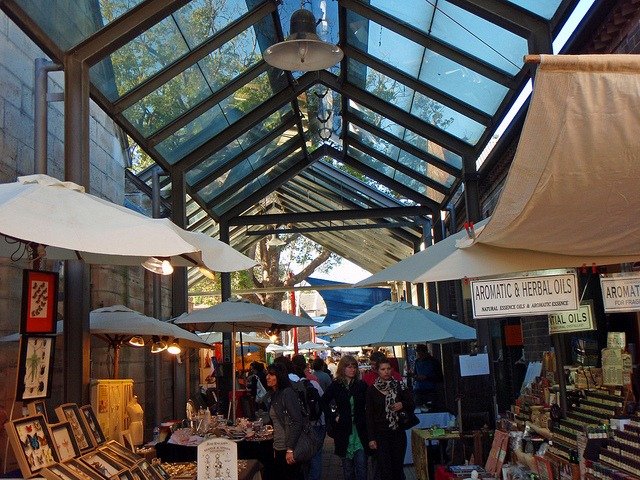 Each Saturday, only a block from our house, the Paddington Markets lured thousands of sellers, buyers, gawkers and flaunters to a kind of latte and cheesecloth love fest which catered largely to beautiful people with too much money, and this was our agreed venue: 9am until 10 am at the markets, then down the pub to debrief.

As you have probably guessed already dear reader, I was the winner of this competition, and I don’t want you to think that I just scraped home by a short nose in a photo finish at the wire either, no no no; I can say without fear of correction that I romped home! That’s right, I did it in a canter! I was still pulling away from the field as I flashed past the post! I was saluting the stands through a confetti of discarded betting slips before the rest of them had rounded the last turn! The clear length of the straight I tell you! It was me first and daylight second!…and…well…you get the idea.

(No more turf metaphors I promise, but just by the way, have you ever noticed how often performers describe a successful engagement in terms of how much harm they were able to inflict on the audience? As in…’How was your gig Brian?’ “Oh fantastic! I murdered them! I laid them in the aisles, I destroyed them, tore them apart, they were pissing themselves, I knocked them out, had them dying laughing, killed them, smashed them big time!” etc…

‘Indicative of the basically adversarial nature of the Audience/Artiste dialectic?’ Discuss.)

How did I do it? Because although I was in full view for more than the allotted hour not one person recognised me, including all of the forty or fifty spectators who had come to support their favourites (for news of our little event had of course spread beyond the players themselves). 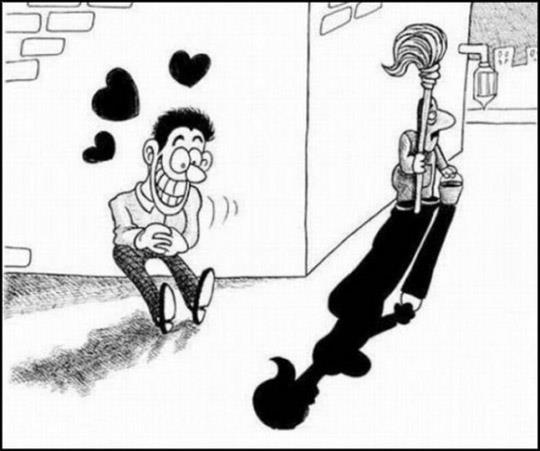 It was very easy actually, and due far more to good luck than good management, though I claimed otherwise after my victory, and I’ll tell you how I pulled it off, (despite my beautiful wife’s misgivings), in the hope that it serves as a cautionary tale. There are some obvious underlying themes here to do with our perceptions and expectations, and I won’t bore you with the details of the neuroscience and biology now, though I do want to just plant this little seed in your head: We make assumptions based on very little evidence all the time, and it can cause us to miss things, (sometimes very large things!), and we do so because it is a low risk strategy, (if it looks like a bear, sounds like a bear and smells like a bear the safest option is to assume it really is a bear).

Before I reveal all I want to tell you a little about my some of my competitors’ efforts: there were basically two camps, those who were taking it seriously, and those who were taking the piss. The latter group treated it as a public fancy dress party and came more in costume than in disguise. There was a pantomime horse for example and some pirates and matadors and nuns and even a Julie Andrews. This group tended towards exaggerated ‘encounters’ with other revellers, their friends and fans and the market crowd at large, and had a great time while being anything but unrecognisable. 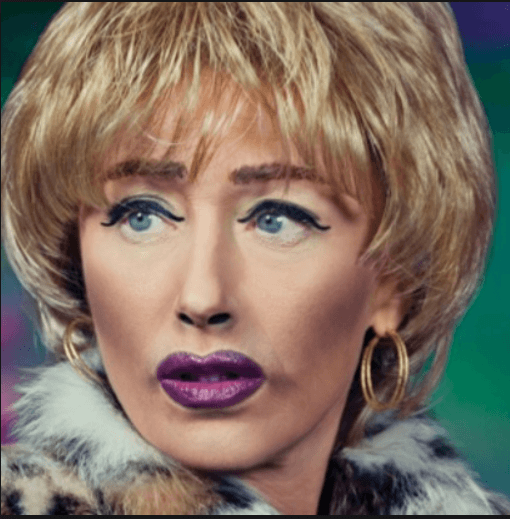 The second camp included some people who were actually employed in both theatre and film and had both the skills and resources to make a serious attempt. So there were wigs and skullcaps, moustaches, beards and mutton chops, I can definitely remember a false limb, but there were fake noses and ears and scars and tattoos and mountains of makeup and skin putty and fake stomachs as well, and…heaven knows what else…and were they successful dear reader? A resounding no is of course the answer.

Why? Well firstly you need to understand that although cosmetics and hair and prosthetics and all of the abovementioned can look very convincing on film or in the confines of a theatre when combined with skilful lighting, fog, angles, filters, special effects and so forth, in the cold hard light of a cloudless Spring morning in Sydney, it simply looks like a child has drawn on your face with crayons while you slept, and followed that up by super – gluing cornflakes to your ears.

Fortunately though, over-applied and dramatic use of cosmetics was also close to a deliberate ‘look’ adopted by some of the more cutting-edge market-goers as well, and therefore did not necessarily mark the players out as being particularly distinctive, nor did their habit (because they were mostly actors) of striding about hurriedly before striking a pose suggestive of thinking deeply for a moment, then snapping out of their ‘inner monologue’ and dashing off to do it again somewhere else, because this too was a behaviour demonstrated by some of the ‘real’ people as well…

No the real giveaway was the costumes…they looked like they had come direct from an amateur dramatic society’s production of Uncle Vanya. They were dressed for the steppes I’m telling you, you’ve never seen so much fake fur in all your life; or alternatively they were squeezed into ill-fitting dinner jackets or suits or patently fake Southern Belle ball gowns….none of it looked remotely real, in that their clothes did not in any way look like they had actually worn them before.

So what was the secret of my success? Here’s how it happened: I had worked the night before and arrived home very late and a little ‘tired and disoriented’, I had of course, nothing planned, though I was determined to put in an appearance at the spy fest, and while looking through my so called wardrobe I hatched a scheme. I selected a few of my most ragged looking pants, tee-shirts, socks and runners (not a difficult task as it happened). I then added a beanie, scarf and mildewy overcoat from the collection of abandoned garments under the steps in the hallway and topped off my collection with some plastic bags, used bottles and an empty Milo tin from the kitchen, then crept tiredly between the sheets.

I was up again before dawn, dressed and installed prominently at the bus stop directly outside the market long before any other players had arrived. I spread my plastic bags (now full of rubbish from a nearby bin), opened my wine bottle (which I’d filled with black-currant juice), and, for the finishing touch, (and the real reason my dearly beloved dislikes me telling you this story), I emptied the contents of the Milo can all over myself and the bus seat, trying for maximum coverage.

You’ve guessed already perhaps? Well yes, judge me if you must but I’d filled the can with my own urine the night before. (“At least it wasn’t somebody else’s urine” is what I say to my only one, but she seems equally appalled that I could even think of such a thing.)

Anyway that was it…my master disguise was to simply put on some old clothes, gather some crap, cover myself in piss…and hey presto! Homeless person!

I genuinely gave myself no chance of success but I was encouraged by the reactions of strangers forced to wait near me to catch their bus, who seemed quite convinced of my authenticity. I started to get into it and soon added the kind of semi-audible nonsensical inner monologue of the seriously brain damaged or deranged…I would snarl and mutter under my breath for a while before vehemently addressing some innocent bystander with phrases like…

My crowning moment came when a police car pulled to a halt only metres away from me. The officer in the passenger seat gave me a long, distasteful look before he turned to the driver and said something. The driver leaned forward to check me out. He leant back again. A brief discussion ensued. I was of course thinking ‘Oh well. Looks like the gig is up but we had fun while it lasted’, while spontaneously humming the chorus from “You’re Going Home in the Back of a Divvy Van!” when they simply drove away without as much as a backward glance. I’m sure they decided I was too much trouble!

So after the hour was up I waited fifteen minutes and then walked up to meet my fellow travellers at the pub. They were gathered around making plenty of noise that abated a bit as I approached…I sensed their nervousness…They still hadn’t twigged. ”Who’s this?”…then someone said…

And within a second they had all recognised me and my triumph dear reader, was as you may imagine, complete. In all my long career before or since, I don’t think I’ve ever had more glowing reviews…I smashed them I tell you! I took them by the throat and I kicked them in the…#%[email protected]…Whoops. There I go again…Suffice to say though I was amazed by my success… 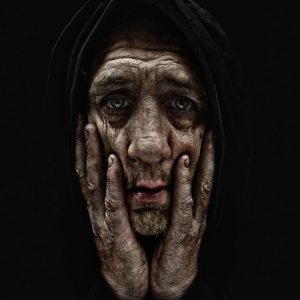 Every one of those people had noticed me at the market, I was in fact quite prominent, and my disguise had seemed ludicrously flimsy to me, but not one of them had looked past their first assumption and seen the real person beneath.

Here’s something to consider when you’re managing or working with teams. It can often be the case that we don’t see beyond our first or preconceived assumptions and this can be a very costly and damaging mistake. Our first impressions are rarely accurate and it can be very easy to overlook warning signs or clues that are glaringly obvious to others but remain completely hidden from our own viewpoint. So how can we counter our natural tendency to ‘see what we want to see?’

The good news is that it’s not so hard! And next time I’ll discuss some practical strategies you can try for yourself at work, home and play.

Hey by the way…I’ve got this great idea for a competition at the work Christmas Party…we all put in fifty bucks…winner takes all…yeah it’ll be fun!..Has anybody seen my Milo tin by the way?

Register for one of Brian’s next Workshops: Essential Supervisory Skills on 19-20 March 2015 – click here or Mastering Difficult Conversations on 28 April 2015, click here.

Posted in Blog
← Meet the F____ers! – Why We Need a Circle of TrustSecrets of Successful Teams – SOLD OUT →