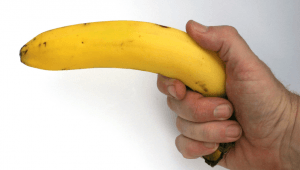 While in Police Recruit College, Cliff had an interesting experience. As part of his training he had taken part in a mock hotel robbery, where he was one of the attending officers. Afterwards he was quizzed about details of the ‘crime’. One of the questions related to the type of weapon used by the offender. Cliff confidently replied that it was a handgun. Replay of the video footage showed that the ‘offender’ held a banana in his hand the whole time. How could Cliff be so adamant about the handgun and yet be so wrong?

As humans we believe that the way we see the world is the way that it is. On an intellectual level we have some understanding that no two people perceive the world in the same way, but that just makes everyone else wrong and us right. 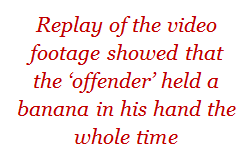 In short, the way we perceive the world becomes our reality and the truth. This makes sense of course. Imagine trying to navigate day-to-day life second-guessing every situation you encountered so you could decide whether your version of reality was correct. Living like that would make you exceptionally unproductive, not to mention probably see you fast-tracked into the local mental health unit. The point here is not that we should work out if we are right or wrong about each moment, but that we should create more room for others’ perspectives. Maybe the truth lies somewhere between our reality and the other persons.

We see the world the way we do for two main reasons – our biology and our psychology.

It is estimated that our brain receives 11-million bits of information per second and that 10-million of those bits are received through our eyes. 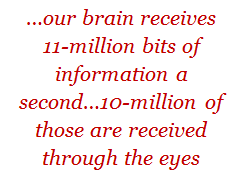 Out of that massive amount of information, scientists believe at the most optimistic end of the scale we are capable of consciously processing about 40 bits per second. So the brain does a lot of filtering in terms of what it decides to present us with. Before we talk about the filtering process, let’s look at how our eyes work.

The reality is that our eyes have a terrible lens. If you purchased a video camera (with a human lens) from Harvey Norman, plugged it into a TV and played back what you had recorded, your reaction would be to return the next day and ask for your money back. The picture is exceedingly poor. The outside of the picture is distorted and out of focus. It produces a blurry ‘fishbowl’ effect. Right in the centre where the picture is in focus is a big black spot where the optic nerve connects to the back of the lens.

As you can imagine this does not make for a quality picture. To compensate, what we have is extraordinary software. The Visual Cortex does an amazing job of seamlessly smoothing over and filling in the gaps to produce the picture our brain ultimately registers. Think of the Visual Cortex as Photoshop on steroids. Seamlessly is the key word here. Our conscious mind is oblivious to the photo-shopping that has gone on. For the conscious mind it is literally ‘what you see is all that there is’.

So how does the Visual Cortex make up the picture? Essentially the Visual Cortex is making it up based on the information that it receives, plus its best guesstimate about what is missing. It does this by relying on the memory of similar experiences, along with what it expects should be there in the given situation. What we expect to be there is heavily influenced by our social conditioning and predetermined stereotypes. Cliff illustrated this perfectly when he saw a handgun instead of a banana. Cliff saw a gun because in the given circumstances it is what he expected to see – his Visual Cortex used the scenario to fill-in the blanks and a gun was the most plausible option.

Psychologists Christopher Chabris and Daniel Simons in their ground-breaking research demonstrated that we are very poor at seeing the unexpected. Check this video out https://www.youtube.com/watch?v=vJG698U2Mvo

Lets take a look at three factors that affect the way we filter and process information:

Have you ever been over to a friend’s house just after they have purchased a new car? You are not familiar with the model or the colour, which your friend informs you, is called Atomic Tangerine. What amazes you however is that on the drive home you see the same make, model and colour of car three times. What just happened? You have just experienced selective attention

Remember earlier we talked about the vast amount of information our brain is receiving every second and the relatively minimal amount of information we can consciously process? How does the brain do it? The brain utilises a function called selective attention, which acts as a filter and cues us to important information. Without it we would experience sensory overload and even walking would prove impossible. 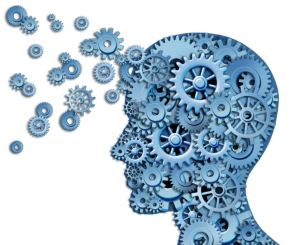 The Reticular Activating System (RAS) is the part of the brain responsible for selective attention. We can consciously program it i.e. as we drive into a new town we say to ourselves, “Stop singing Buffalo Soldier and start looking for a McDonald’s. I’m hungry”. Or unconsciously like when we go over to a friend’s house and they show us their new car. In short we see what we want to see and delete what we don’t see as important or relevant. Considering how much information we delete, is it possible that two people could retain different information about the same event? What might the implications be when we start discussing what just happened? The mind gets what it expects to get. This was beautifully illustrated in a famous set of experiments that became known as the Pepsi Paradox. People were asked to blind taste test Pepsi and Coke and indicate the sample they preferred. Which beverage came out on top? You guessed it, Pepsi and not by a small margin.

What was interesting however was what happened when they repeated the experiment – but this time each sample was identified as either Pepsi or Coke. Which beverage came out on top? You guessed it, Coke and not by a small margin. What was going on? Were these people lying about what they preferred?

The answer is “no” as it turns out. It appears that you can taste a brand. If I identify myself as a Coke drinker, I believe it is because I prefer the taste of Coke – not because I think the brand is hipper.  Under the ‘blind’ condition the branding became irrelevant and taste was the only measure. However under the ‘identified’ condition people’s expectation about their preference (“I prefer Coke”) came into play and it literally tasted better to them than the Pepsi sample.

This idea that the mind gets what it expects, plays out in many day-to-day situations. The way we view a game of sport, a refereeing decision and the behaviour of colleagues is all determined by the expectations we have of those events and the people involved. If we expect that Bob will be an interrupting, self-interested, ego-maniac in the meeting, we end up unconsciously filtering for behaviour that meets those expectations. What are the implications of this?

If you have been through the experience of your teenager getting their drivers license, you will have endured that period when their confidence and belief in their competence exceeds their actual ability. It usually remains that way until they hit something. While teenagers and driving are an easily identifiable example, it turns out that most healthy adults also have a tendency to over-inflate their abilities. 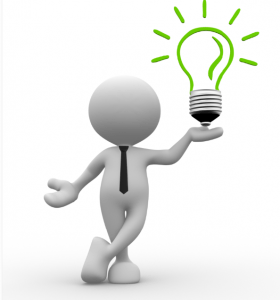 We tend to perceive the world in a way that reflects well on us. We are endowed with a mechanism called the Psychological Immune System (PIS). The PIS is responsible for ensuring our psychological well-being. In short it makes us feel good about us. If we see ourselves as friendly it amplifies our perception of how approachable we are. If we see ourselves as agreeable it embellishes our opinion of how open we are to new ideas. When we get overlooked for promotion, we believe it is because the boss is playing favourites, rather than any deficit in our abilities. In a series of workplace based studies, enhanced self-perception was evidenced by the fact that between 40 and 80 percent of participants rated their performance as being in the top 10 percent of their workgroup.

We find it easy to spot the mistakes in the judgements of others, but we have a harder time thinking that we might be subject to these same errors in cognition. We watch a ‘footy’ game with friends and are amazed at how they see the game so differently (and inaccurately) compared to us.

We are equipped with an amazing brain, which seamlessly and effortlessly distorts and deletes information so that we can be presented with the version that best fits our expectations of self and others. Recognising that we do this can be the opening to a more compassionate view of the people in our lives.

The research suggests that navel-gazing is not the answer. Instead the best way to get a more accurate view of ourselves is through the insights of others. The science indicates that others who know us are better predictors of our personality and behaviour than we are. Make yourself a little vulnerable, pause and look for a little of the’ truth’ in the other person’s perspective before you dismiss it completely.

Unlike Cliff, most of us never become aware of our mistakes in observation and thinking. We don’t sit down at the end of the day and playback the tape to discover our errors. In our own mind what we see is all that there is. So the next time you find yourself ‘defending a hill’ – adamant that you are right and the other person is wrong it may be worth stepping back from your position and considering if there is a another way of looking at the situation.

Dean Tuckey is a consultant with TP Human Capital. He specialises in helping organisations improve their people capability and performance through leadership, team and communication based programs. You can contact Dean: [email protected] | M 0400 463 103