We need to be prepared to embrace the changes. I just wanted to give you all the heads up”

Take a moment to think about how this may have made you feel if you were one of the employees in this meeting. What thoughts are going through you head. How many scenarios can you come up with?

This is not a scenario that I have made up, although I wish it was. This was real and it happened right before the start of a leadership development program I was about to deliver.

As could be imagined the start of the session was delayed as some “debriefing” needed to occur. As we discussed this it was understandable that the majority of people in the room had gone to a worst case scenario. Some believed that this meant job losses, some believed that it meant they wouldn’t be doing what they do now and some believed that because of their age they would could end up with no job and unable to pay they mortgage.

After this session I ponder why is it that when we are faced with uncertainty, a change to the status quo, or an event that doesn’t have any clearly articulated outcomes, many will see the less favourable outcomes first. Why is it that in the lack of information we will insert our own reality?

This concept is called Patternicity and is something we are all hardwired to experience.

Fly away as fast as we can. 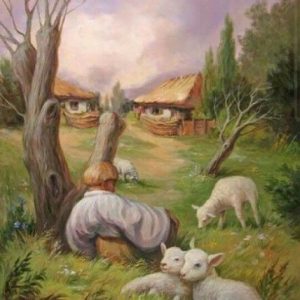 When I stumbled across an article in Scientific American that discussed the concept of finding meaningful patterns in noise I realised what was going on. This is concept is called Patternicity and is something we are all hardwired to experience.

I like to think of Patternicity as a psychology protection mechanism that protects us from changes or what the brain sees as a threat. Our brain, via our senses, constantly search our environment for any potential threat. These threats are often represented by changes to what we consider the status quo. When alerted by a change in our environment our brain quickly assesses the situation and then acts. This all happens within microseconds.

The issue here is that we have evolved from a risk adverse species in which we avoided threats nearly every time. That is when faced with a dangerous predicator we didn’t stop to ponder if that was the same one we saw last week, we just ran. Generally speaking those that didn’t run have either been removed from the gene pool or have been awarded a Darwin Award.

Whilst change in the workplace isn’t physically the same as being chased by a sabre tooth tiger, the brain, neurologically and physically, sees no difference between the two. This is why that in the absence of information we will inevitable see the worst case scenario and either fight hard to keep things the same or fly away as fast as you can.

So how do we manage this?

Come along to our next HR Breakfast on Thursday 13 July 2017 to find out what you can do to reduce turning a small little fly into a rampaging elephant.