Gamification is not just about making life fun, it’s about using our intrinsic reward system to make long lasting change. Now imagine for a moment that you had the power to change the way people behave, what would be the first thing you would change? Getting people to really act on climate change, motivating people to eliminate hatred in the world, or maybe you would like to see people out and engaging with society. It may surprise you that a company whose focus has historically been to encourage people to stay at home and play video games has just created a worldwide phenomenon motivating people to go out and interact with the world in the hope of catching make believe characters (I am going to be in so much trouble when my son finds out I said this), called Pokémon. More importantly how can you and I use apply game design techniques (Gamification) to change behaviours within the workplace, at home or in our daily interactions within our community? 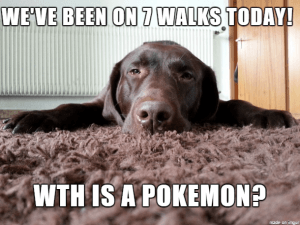 The Pokémon Go phenomenon has infiltrated nearly every corner of the globe. This game requires the player to catch characters like Pikachu, Lickitung and Jigglypuff by flicking virtual Pokéballs at them. Sounds easy right? The catch is that these Pokémon are in parks, at monuments and even in churches. In fact the more people around hunting Pokémon, the more Pokémon there will be. Players are also rewarded with eggs that can hatch into legendary Pokémon like Mewtwo or other cool stuff. However to hatch these eggs players need to walk either 2km, 5km or 10 km. This free game is actually motivating your Vitamin D deprived children to go out and interact with the world.

How it is that Pokémon Go has been able to motivate people to change behaviours so quickly? To answer this we need to understand how Game Design Theory uses our biological desires to succeed.

Good game designers understand our biology in particular our in-built rewards system. This system refers to a group of structures that are activated by a rewarding stimuli. In these circumstances the brain responds by increasing the release of the neurotransmitter Dopamine. This complex neurotransmitter, controls our responses to natural rewards, such as food, sex, and social interactions. However it’s even more subtle in that we get a Dopamine hit not only when we reach a goal, but also when we make progress towards that goal. In simplistic terms, activation of the reward system says to your brain to replicate the action again. It also stimulates you to pay particular attention to all features of that rewarding experience, so it can be repeated in the future.  The reward system is an important determinant in motivation. 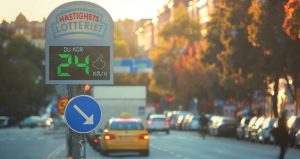 The concept of using games to help change behaviours is not a new one. Spelling bees at school, frequent flyer programs, and loyalty cards are just a few examples of how Game Design Theory has been used to engage the player in achieving goals. However the concept of Gamification to engage and motivate people to achieve goals, is now being used in everything from enhancing workplace performance to changing societies driving habits. In Sweden they installed a speeding camera in a school zone with a twist, everyone would be photographed. However, those who did not exceed the speed limit would go into a lottery to win a portion of the fines collected from those who were speeding. During a three day period over 25,000 cars were captured. Before the Speed Camera Lottery the average speed was 32km/hr, after just three days the average speed dropped to 25km/hr. In three days human behaviours changed. What the Swedish National Society for Road Safety team did was tap into our reward system by gamifying the driver’s experience.

In the Speed Camera Lottery, drivers have the potential to stimulate their rewards centres through an extrinsic reward. This type of reward is something tangible given to you. In this circumstance drivers who do not speed receive a ticket in the lottery with the hope of winning money. However, drivers also receive a Dopamine hit for being a good citizen and obeying the speed limit. This type of reward is an intrinsic reward, recognising a sense of achievement or a conscious satisfaction. As Daniel Pink has identified, intrinsic rewards have a stronger influence on changing behaviours than any monetary (extrinsic) reward would have across the longer term.

What these game designers have done with traffic safety and in Pokémon Go, is to Gamify “players” experience leveraging off our biological drivers to move towards a goal or accomplishment. They are using intrinsic rewards to change behaviour (oh and to make money of course).

How does Gamification apply to the workplace?

Gamification in the workplace 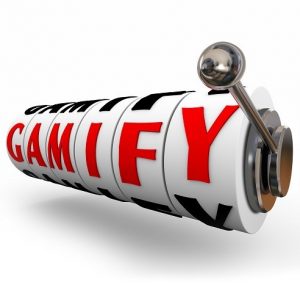 A few years ago I was talking to a friend of mine who had started a new job where on the most part everyone got along well with each other. However, there was one person in particular that, because of their personality type, had excluded themselves from group interaction. Not only had this person created physical barriers between them and other team members, they had also created behavioural barriers through their communication approach and general demeanour towards colleagues. Let’s just say that some bridges had been burnt over the years. As she needed to work closely with this person she decided to invest some time and energy into setting up a healthy and productive working relationship. So she set herself a challenge and gamified her experience.

What she was trying to do was set up behavioural expectations that she felt were appropriate within the workplace. She did this by leveraging off the biological and psychological factors that both Dean and Brian have touched on in other articles like Making Friends When You Don’t Want To and How to Talk to Teenagers and Other Life Forms. In particular she focussed on:

Using these three concepts, she developed a set of mini goals and every time she achieved one she would recognise her success. Some of her mini goals included: 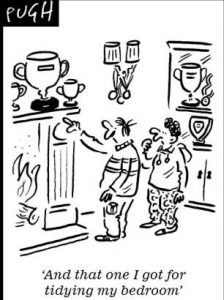 Through the use of Game Design Theory, she was not only able to develop a productive relationship, but for every step she took towards this goal she was rewarded in doing so. Why was this important? Because it not only meant that she could get what she needed, respect and cooperation, but the workplace would be a happier and less stressfully place to be. However her biggest successes were a sense of achievement and feelings of accomplishment, all of which are intrinsic rewards.

Gamification is not just about making life fun, it’s about using someone’s intrinsic reward system to your advantage. Whether it be getting your habitually late staff member to arrive on time, or ensuring that your local Zamberros Burrito maker is happy to see you, gamification can help you get more of what you want with less effort.

Share with us what you have done to Gamify your workplace, employees or personal life.

For more information on how you can use Gamification within your workplace contact us at [email protected], or join us at our next HR Breakfast – How to Gamify human relationships on Thursday 22 September 2016.

Click here to view the top 10 Gamification examples or Here of a great Infographic.

Posted in Blog
← Costumes, Bikes, and FUNWhat can Ernest Shackleton teach us about Credibility? →