Some handy tips for a happier work-life.

Here’s a little quote from a gentleman we’ll call Bob. Bob supervised a crew of about twenty workers in the construction industry. Some negative feedback from a number of team members had prompted HR to have a discussion with him re: his management style and this is how he summed it up for me. 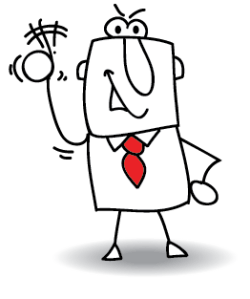 “So what they’re telling me now is that I have to give him a pat on the head every morning and say ‘Thanks so much for coming to work today mate. I hope everything is to your liking. Oh and how’s your lovely wife whatever her f****** name is and those two little shit-headed offspring of yours?!’ F*** me Brian! We’re PAYING him aren’t we!!? Am I supposed to be his boss or his babysitter?! These people just need to grow up a bit!”

Bob was expressing a frustration many managers have experienced; even Henry Ford once asked “Why do I have to employ the whole person, when all I want is a pair of hands?” Bob didn’t believe in bringing your personal life to work with you and he certainly didn’t believe that there was any expectation of work being actually enjoyable…or God Forbid…Fun! Work, in Bob’s view, was not and never would be, fun. Work was what you did in order to be able to have fun when you weren’t at work!

Whether you agree with him or not, Bob was still missing the point. Given he felt he had to come to work anyway, was there anything he could do to make it less of an ordeal for him, his family and his team? The average working day doesn’t have to be a carnival of flowers and love, but surely it needn’t be a walk through the valley of death either. Anxiety about his leadership abilities and disharmony within the team was having a genuine toll on Bob too, whether it was apparent to him or not, it was putting him under stress, and stress of course can kill you.

I suggested a couple of ideas to Bob that might help. One comes from the field of Positive psychology and one from the work of John Gottman. 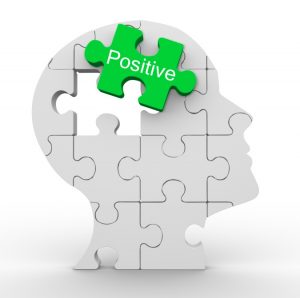 Positive psychology is a very recent branch of psychology that aims to use scientific methods to understand and promote mental health, rather than just treating mental illness, and though there is still some debate over definitions, it is certainly concerned with understanding the nature of happiness and well-being.

There are two things about Positive psychology that resonate with me: the first is that positive emotions can engender positive emotions, the second is that small changes in behaviours can have profound effects on long term wellbeing.

“Do not think lightly of good, that nothing will come of it. A whole water pot will fill up from dripping drops of water” says the Buddha, and I see this idea reflected in Positive Psychology. Small changes in mindset or attitude can result in big changes in behaviour. Most people, as Justin Herald has noted, start each morning with their attitude in neutral, and allow the events of the day to determine their outlook. A more successful strategy is to choose the attitude that will be most helpful to me and then to actively apply it to unfolding events.

I didn’t mention the Buddha to Bob but I did recommend that he try to select three attitudes that might be useful to him at work, and to find strategies that would remind him to actively try and adopt them throughout the day. He used his phone alarm to prompt him to check his attitude; he laminated a sign for his shower at home and put another on his dashboard where he could see it each morning and he played certain songs very loudly on his way to work. At the end of each day he would spend a few minutes reflecting on how successful he’d been in maintaining his chosen attitudes and give himself a score from 1 to 10.

John Gottman was interested in what made for a successful marriage. He would observe newlywed couples while they performed a simple task together, like a jigsaw or word puzzle, and based on that 15 minute observation could predict with a claimed 90 percent accuracy whether the couple would remain married or would have divorced four to six years later. 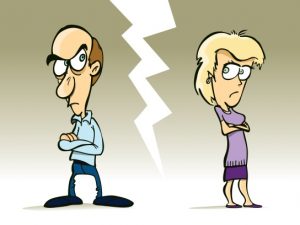 So I suggested to Bob that he work on his five to one. When you consider that the simple courtesies like using my name, saying please and thank you, or good morning all count as positive interactions, then you can see that it’s not hard to start. I also urged him to start looking for genuine opportunities to praise his team members performance although this can be difficult at first, (when you’ve been in the habit of looking only for problems or faults it can take a while to get used to looking for the things that are going well).

In short, I asked Bob to try choosing his own attitude, rather than letting events choose it for him, and to try and get to five-to-one in his relationships with his team.

How did he get on? The results were very surprising…and all will be revealed in my next missive! Plus! An introduction to Typologies / Traits and Psychometrics! And more tips for a happier work-life!