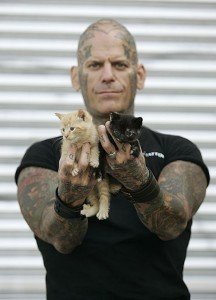 Appointed a team leader who turns out to be anything but? Taken a chance on someone and been surprised by their performance?

Our natural tendency towards assumptions and stereotypes is hard-wired, and can cause problems if we overlook it.

You can’t judge a book by its cover. Or so you’ve been told. It’s not literally true of course, many books and magazines absolutely want you to judge the contents from the cover, because they hope you will buy it, and thus go some way towards negating the substantial costs of designing it in the first place.

No, the phrase is metaphorical, it’s meant to warn us against stereotyping people, of being too quick to make judgements of others based on insufficient information or outward appearance. We all do it though.

If I show you photographs of two people, one of a man aged about 50 in a lab coat, with a very bad haircut and owlish spectacles, and the other of a young woman with full-sleeve tattoos, piercings and a multi-coloured Mohawk, and ask you which one you think is the research scientist, then, unless you suspect I am deliberately trying to trick you, you’ll pick the guy in the lab coat, and most of the time, you’ll be right!

We would acknowledge though that people with science degrees come in all shapes and sizes, and so it could be the young lady listening to Siouxsie and the Banshees on her phone, but she doesn’t fit our stereotype, our idea of what a scientist should look like.

Stereotypes don’t come from nowhere of course, they’re reality based, which is why we use them so often, they simplify things and offer our brains a short cut, (the brain is a very green organ, it loves energy conservation). Stereotypes can be seen as a survival technique too, we tend to make quick judgements about whether someone or something represents friend or foe, because the quicker we can make a decision, then the quicker we can take appropriate action, and this thought process is a very ancient one. 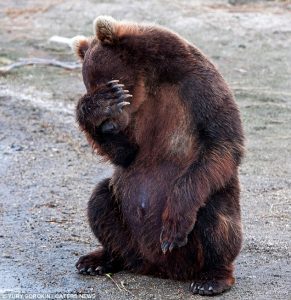 Imagine this: A long time ago, one of your ancestors is out walking when she sees a large figure in the bushes. She reasons thusly: If it looks like a bear, and growls like a bear, and lumbers menacingly towards me like a bear, then it probably is a bloody bear! Further investigation isn’t deemed necessary…she just turns and runs like hell.

Now as it happens, it’s just mad old Uncle Bruno trying to give the kids a fright in his bearskin again, but apart from a loss of pride, she’s still ok, she’s safe, (and can plot her revenge on Uncle Bruno at a later date, preferably when he’s least expecting it).

We love stereotypes because we love belonging to a tribe, from the leather jacketed, skull bandanna-ed, hog riding biker cruising on the highway, to the Carmen Miranda inspired drag queen striding down Oxford Street at Mardi Gras, we love to form and gather in groups, and our clannishness and identification with others and the world at large can often be based on something as tiny as ownership of a shiatsu, or a bumper sticker that says “I’ve been to the Big Pineapple”.

The problem with stereotypes is that they are mostly about the outside, and only rarely revelatory about the inside. The hog rider might be a green – voting nurse, the drag queen an accountant who regularly donates to the Nationals, but we don’t normally trouble to find those things out.

In truth of course, our inner lives are so richly varied and infinitely diverse, that we might as well all be separate planets, and perhaps it’s because part of us recognises that ultimate unknowability of others or even ourselves, that tempts us to take the easy way out, and judge the book by its cover.

An awareness of our hard-wired tendency to make assumptions, (both positive and negative), about others can be a major hurdle in recruitment, team building and leadership selection. In a future article we’ll discuss some simple and pragmatic ways to avoid the stereotype trap.