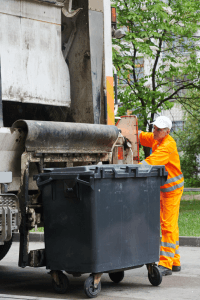 It was a very small room…and it was full of Garbos. I don’t mean they all looked like deceased reclusive film stars, I mean they were garbage collectors, men and women who worked to remove, recycle and store the waste of a fairly large city.

Twenty-first Century political correctness has ensured that their employer, a local government body, would never dream of calling them Garbos anymore, (preferring something like ‘Waste Management and Sustainability Technicians’), but Garbos is what they still called each other and so shall I.

There were about thirty of them, mostly men, and at first glance, they looked exactly as you might expect. They were all in their work clothes and boots which looked ragged and worn, there was a lot of ink on display, sun burnt arms and necks, hats that looked like archaeological sites, mirrored sunglasses and plenty of facial hair, (and I’m not just referring to the men); they looked, in a word, rough. 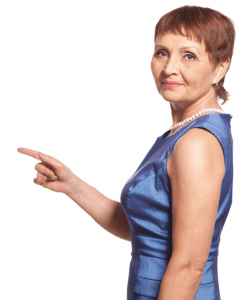 I was working for a Melbourne based company as part of a team delivering a course snappily titled “Workplace Bullying and Harassment Training”, (which conveyed rather the wrong impression from the start in my opinion), and our facilitator (let’s call her Hayley) was a very carefully coiffured and cosmeticized middle aged woman, whose style of dress was more suited to cocktail hour at the Carlton than lunch hour in the donga. Hayley was a little nervous about the mood of her audience.

I mentioned it was a small room, and some of these people were very large specimens indeed, which meant they were crammed in there like bearded overweight sardines. This was summertime in North Queensland by the way, the air conditioner was making much more noise than cool air, and there was a general feeling of discontent amongst the Garbos, who felt they had much better things to do with their time than endure death by PowerPoint in an airless box.

Hayley stood up, and the noise abated to an expectant hush. She took a breath and was just about to speak, when a hand shot up from the audience.

“Hoy!” a very large, whiskery bloke calls out. He is brandishing his copy of the workbook they have all been given as a handout.

“Yeah. I think my personal f###ing space is being invaded!”, he says, and gets a huge roar of laughter and approval from his comrades.

That was the beginning of a very memorable and surprising training session and it reminded me of the perils of judging a book by its cover. Of all the different groups and sections we trained at this time, the Garbos turned out to be the most engaged, asked the most challenging questions, showed most willingness to consider new ideas and entered into the scenes as if they were members of the audience at Shakespeare’s Globe.

They were perfectly happy to interject with advice to the characters while the scene was actually being performed for example. “Stick him with a box-cutter!” suggested one punter to my female co-star during a scene where I was harassing her at work, and some of them had difficulty separating the character from the actor playing the role. Since I invariably played a bullying bastard, this presented a few challenges.

Surprisingly though, these people, who I had assumed would all be poorly educated, turned out to include some far better schooled (and better read) than I was. What’s more they had a genuine sense of camaraderie and care for each other that came at least partly from a kind of ‘us against the world’ philosophy to life and work. I think they recognised their low status both within the organisation and the outside world and so closed ranks against outsiders.

Within the group individual talents, interests and beliefs were not only tolerated but openly discussed and even encouraged to have a voice. It was actually the most harmonious group within the whole organisation.

There were of course some genuine examples of the kind of ‘Bogan Garbo’ of my imagination present in the group as well, that’s because stereotypes are based on facts, but the problem for me (and Hayley too), was the expectation that they would all be like that.

The Garbos were under-represented and under-consulted in nearly all management and process decisions and their knowledge and experience mostly wasted because of preconceptions about what they could offer. They were being stereotyped.

So how to avoid the stereotype trap? Next time we’ll look at some tools and options like typologies, psychometrics, how to run an effective toolbox meeting, positive reinforcement strategies like John Gottman’s 5 to 1 ratio, and some related hints on conflict resolution.