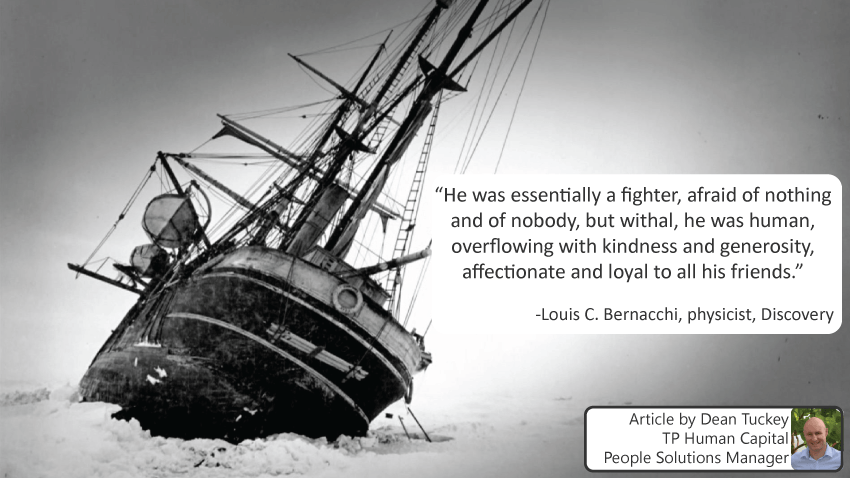 They called him “Boss” and he was the embodiment of credible leadership. The year was 1914 when Ernest Shackleton and 27-crew found themselves stranded after their ship, Endurance had wrecked on an Antarctic ice floe. What followed over the next 18-months has gone into folklore; most remarkable for the fact that all 27-crew survived, withstanding freezing cold conditions and extreme hardship. 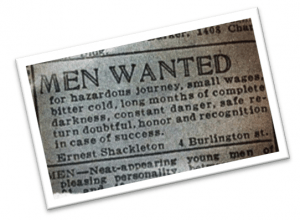 Webster defines credibility as ‘the quality or power of inspiring belief’ and there can be no doubt that Shackleton possessed this talent in abundance.  Credible leaders engender admiration, respect and the trust of those they lead; their people stretch and go beyond normal endeavour to do what is needed to make a difference, to win, or in some cases to just survive. Credibility is the solid foundation that allows all of the ‘good stuff’ to be built and developed on.

The dilemma in today’s corporate and political world is that there is an increasing apathy for those in leadership roles.

If we believe that leadership credibility is an important factor in team and organisational performance then we may have a problem. Research conducted by professors Donald Kanter and Philip Mirvis found that 48% of respondents were “cynical” about management. This matters because cynics have considerably less trust in management than their more upbeat colleagues; they are doubtful about the truth behind what management tells them and question their integrity; they believe that management are self-serving and self-interested.

The impact of a credibility deficit is heightened by the fact that many leaders mistakenly believe themselves to be well respected and trusted by the people they lead.  What are the consequences of having an inaccurate perception of how others see us? John sees himself as approachable, supportive and courageous, whilst those he leads see him as surly, unpredictable and reluctant to deal with issues.

James Kouzes and Barry Posner’s meta-analysis of more than 400 studies found that four characteristics stood above the rest when it came to leader credibility; being honest, forward-looking, inspiring and competent are the most consistently identified leadership qualities.

Shackleton believed that comradeship was one of the best things in life. He loved achieving things with others and the opportunity that working in groups afforded – “to know that you can do something big for another chap.” 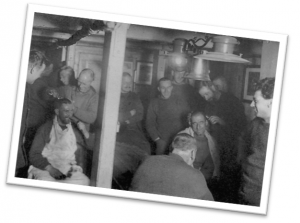 To this end he valued the respect of those he worked with by saying “The loyalty of your men is a sacred trust you carry. It is something which must never be betrayed, something you must live up to.”

In nearly every survey on desirable leadership qualities, honesty appears at the top of the list. Without honesty it is impossible to build trust and loyalty. We need to know that our leader is truthful and ethical. Employees want to know where they stand and when they know where they stand they are prepared to become good followers.

While Shackleton’s original plan was to cross the Antarctic, when the Endurance became hopelessly trapped he immediately shifted plans to saving his men. Shackleton didn’t allow the crew to sit around and wait and he certainly never allowed them to dwell on past loses and what might have been. He focussed them on the here and now and what they needed to do to survive. He gave each man meaningful tasks to be completed each day and kept them informed as he developed a plan to get home alive.

People need a vision – a sense of purpose and momentum towards something better. Leaders need to firstly have a vision for the team, for the organisation and secondly be able to clearly communicate the vision and the plan to others.

It would be easy to assume that Shackleton was a hard task master and as an explorer he was, but he also recognised the need for people to let off steam and enjoy themselves. Before the Endurance sank the crew created a room that they called the Ritz, where they held parties and put on shows. Shackleton told stories and engaged in banter with the men; by encouraging them to read and sing, Shackleton was keeping the men alive inside.

Often when we think of inspiring leadership we think of a charismatic extrovert like Richard Branson. Branson is certainly inspiring, but you don’t have to be bouncing off the walls to be inspiring. At its core, inspiration in a leadership context is about being able to demonstrate passion and enthusiasm for the vision and the work that you do. Inspiring leaders through their words and deeds express hope and a belief that the team and organisation can achieve its goals.

Shackleton walked his men across the ice floe to Elephant Island, but on arriving there quickly realised that they were not going to have enough food to survive for very long. 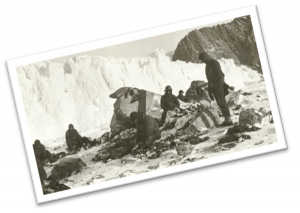 He picked five men, including the two most negative on the crew (he wanted to keep them close to him and negate their effect on the men he was leaving behind) to row a small life raft 800 miles to South Georgia where they knew there was a whaling station. The men’s belief in their leader that he could get help ensured that they remained disciplined and hopeful as one of the crew reportedly would yell out in the morning, “Roll up the sleeping bags, boys! Roll up your sleeping bags! The Boss may come today! And we want to be ready!”

If we are to sign up to another’s vision then we need to see the person as capable and effective. The expectation is that the leader be able to get things done for the business unit. The leader does not have to be the most technically proficient, but they do have to know the business and the current operation. In addition they need leadership expertise – the ability to challenge, enact, act as a role model and motivate.

Shackleton was driven and disciplined. He was an explorer with the courage to dream big and achieve things that had never been achieved before, but he never put his goals before his crew. Shackleton was a servant leader; sharing the physical duties as well as the watches; passing up his own rations in order to feed the undernourished or the ill, and doing so without anyone knowing it.

Many leaders on reflection recognise that they arrived into the role ill-equipped and with little thought about the kind of leader they would like to be. Instead they found themselves quickly knee-deep in day-to-day operational demands and crisis management.

Now may be a good time to consider what your leadership legacy will be. When people you have led speak about you in years to come, what kind of leadership attributes would you most like them to mention? Will you be an innovative leader, challenging the status quo? Will they say you were a great mentor who was focussed on developing people? Will they say you were courageous, never backing down from doing the right thing?

For more information about credible leadership contact us at [email protected]

Posted in Blog
← Pokémon What? – Using Game Design Theory to Get More of What You WantTownsville Recruitment Market Update – Green Shoots →