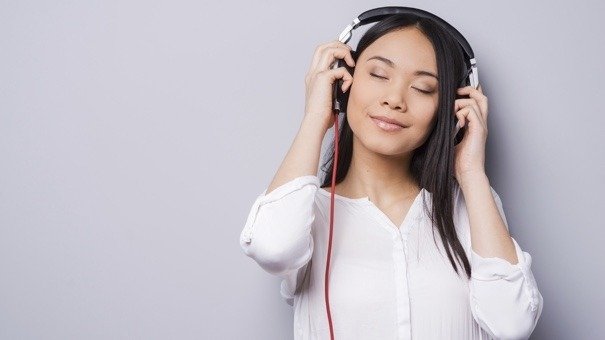 Tear-jerkers such as Adele’s Someone Like You frequently top the charts these days, while gloomy classical compositions like Mozart’s Requiem have moved people for centuries. Both portray and bring about a strong sense of loss and sadness. But our enjoyment of sad music is paradoxical – we go out of our way to avoid sadness in our daily lives. So why is it that, in the arts, themes such as loss can be safely experienced, profoundly enjoyed and even celebrated?

Researchers have long been puzzled about this phenomenon and it’s not until fairly recently that we have started to gain some insight into how we enjoy music. Now, a new study by colleagues and me, published in Frontiers in Psychology, has discovered why some of us enjoy sad music more than others – and it’s got a lot to do with empathy.

Research has already shown that open individuals typically score highly on musical sophistication, while “systemisers”, those with a strong interest in patterns, systems and rules, tend to prefer intense music such as rock and punk.

But what about sad music? Surely nobody would like it unless the emotion experienced is not actual sadness but some kind of transformed version of it? Based on large surveys of what people experience while listening to sad music, we know that these experiences typically fall into different categories.

For some, sad music actually deepens and amplifies the feelings of sorrow and loss – emotions that are connected to personal events and memories. These experiences are far from pleasurable and therefore do not offer an explanation for the paradox. For others, sad music brings about feelings of melancholia, the kind of sentiment you might have on a rainy day after your favourite team lost.

The mystery of being moved

The most curious type of experience, however, is the feeling of being moved, which we think is the basis of our fascination with sad music. This experience can be difficult to describe verbally, but it is often intense and pleasurable. However, not everyone seems to be able to experience it. So who would? Intuitively, it would make sense that those who easily feel empathy are also easily moved.

To test this hypothesis, we recruited a nationally representative sample of 102 participants to a listening experiment. We played them a piece of instrumental sad music, Discovery of the Camp by Michael Kamen, which was briefly played in the drama miniseries Band of Brothers. In an initial pilot study, the vast majority of people couldn’t recognise it.

Our decision to focus on instrumental music that participants would be unlikely to have heard previously was to rule out any external sources of emotions, such as specific memories they might have for a particular piece of music or interpretations of the lyrics. In other words, we wanted to be sure that the participants’ emotional responses would be brought about by the music itself.

The listeners were also asked to reveal a wide range of background measures including how prone they were to dwell in nostalgia and what their current mood, health, and quality of life was. We also profiled their music preferences and used standard trait empathy measure, “the interpersonal reactivity index”, to evaluate how much empathy they had.

The experiences generated by this particular music ranged from feeling relaxed or moved to sometimes being anxious or nervous. Participants who experienced being moved reported intense, pleasurable, and yet sad emotions at the same time. Crucially, we found that the people who were moved by the piece also scored highly on empathy. Conversely, those with a tendency of being low on empathy hardly ever reported being moved by this music.

What’s more, our findings suggest that the key to the enjoyment is not only the ability to empathise with the sad emotions expressed by the music, but also the ability to self-regulate and distance oneself from this process. This specific component of empathy is known as “empathic concern”. While empathising means responding to somebody’s perceived emotion by experiencing a similar feeling, empathetic concern means also feeling tenderness, compassion and sympathy for them. This specific trait best predicted whether our participants reported being moved by the sad music.

The research adds to a body of work suggesting that music appreciation involves social cognition. People sensitive and willing to empathise with the misfortune of another person – in this case represented by the sad music – are somehow rewarded by the process. There are a number of theories about why that is.

The reward could be purely biochemical. We have all experienced the feeling of relief and serenity after a good cry. This is due to a cocktail of chemicals triggered by crying. A recent theory proposes that even a fictional sadness is enough to fool our body to trigger such an endocrine response, intended to soften the mental pain involved in real loss. This response is driven by hormones such as oxytocin and prolactin, which actually induce the feelings of comfort, warmth and mild pleasure in us. This mix of hormones is probably particularly potent when you take the actual loss and sadness out of the equation – which you can often do in music-induced sadness.

It is also possible that the effect is mainly psychological, where those who allow themselves to be emotionally immersed in the sad music are simply exercising their full emotional repertoire in a way that is inherently rewarding. The capacity to understand the emotions of others is crucial for navigating the social world we live in, and therefore exercising such an ability is likely to be rewarding – due to its evolutionary significance.

Music could almost be compared to a powerful drug. If empathy lies at the core of transforming this “drug” into pleasure or pain, could music itself be used to train people to be more empathetic?

We do not yet know, although music therapy is commonly used to rehabilitate people with emotional disorders, such as depression and low self-esteem. Understanding the emotional transformations induced by sad music could certainly help us to understand how musical interventions could be used for those suffering from emotional disorders.

While we may not have fully cracked the code of these transformations, the new study is a first step. But it certainly seems that allowing yourself to be transported and immersed in a musical journey into tragedy and sorrow may be just what your social mind craves and needs to keep in shape.

This article was originally published on The Conversation. Read the original article.

Posted in Blog
← TP : Employment UPDATE October 2017It’s like coming to work with children everyday – Maybe its because your behaving like a parent →