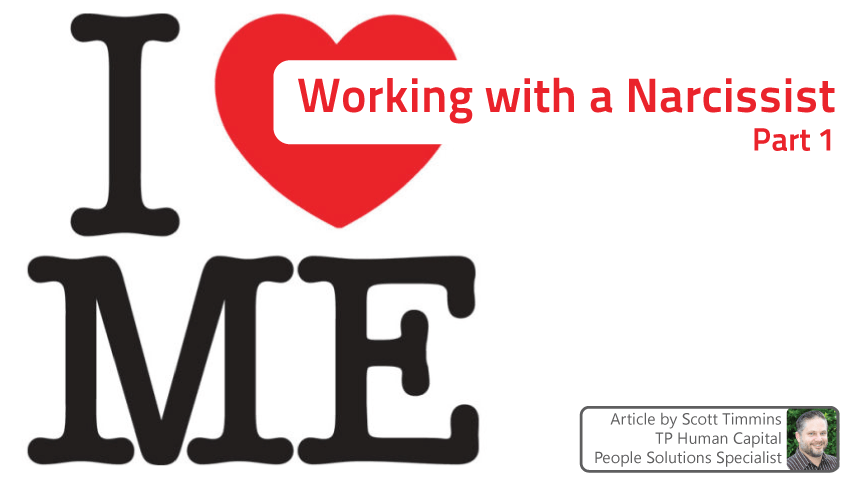 Having spent time working abroad in different countries, in the big cities as well as small rural towns like Oakey, Albury and Wagga Wagga. My memories of these locations have all been shaped by the diverse people I have worked with. Of all these people one man has remained firmly etched into my memory, but for all the wrong reasons.

I met Fred many years ago when I was posted into a new army unit. It was a traditional military unit being that it was very male centric, a boys club. As I approached Fred for the first time, he appeared charming, charismatic, and confident. He greeted me with a warm encompassing smile and seemed genuinely interested in meeting me. He was someone who I felt comfortable with right from the start.

I have always been the kind of person who, for the most part, could intuitively determine if a person was someone I could get along with or someone to avoid. It was something I was proud of and to be honest I was usually right. In this circumstance I couldn’t have been more wrong.

Over many years of working together it became clear to me, Fred was not a nice man, and as I was later to discovered Fred was a Narcissist.

So what is a Narcissist? 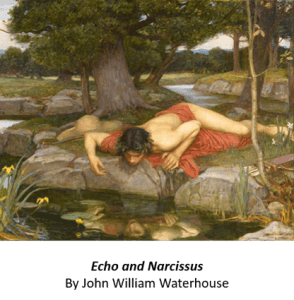 The term “Narcissist” comes to us from Greek mythology and a hunter named Narcissus. Known for his beauty Narcissus stumbled across his own reflection in the waters of a spring. Unable to leave the beauty of his own reflection, Narcissus never escaped the spring and slowly withered away and died.

A Narcissist is someone who can often be described as arrogant, self-centred, manipulative and overly demanding. Often they believe themselves to be special, and deserving off superior treatment. This leads them to treat others as inferior or objects to be manipulated. Narcissist are only concerned with their own self-interests and will often forget that others exist.

Joe Navarro, world renowned author and expert on reading non-verbal communications, paints us a picture of the impact a Narcissist has on people around them.

“Unlike the bank robber or the burglar who hurts us by taking our money or our possessions with one traumatic event, the Narcissist pecks us to death over time. The Narcissist is in fact more dangerous because they can hurt us emotionally, spiritually, physically, psychologically, and financially for a longer period of time –  sometimes decades.” 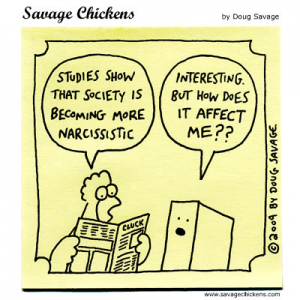 In my case Fred was a smooth criminal. He created an environment where you truly believed that you were one of his best friends. If you were allowed entry into his inner sanctum then you were treated differently. You were the golden haired boy and life was pretty sweet. To keep your status all you needed to do was do everything he asked, make sure you made him look good and have something he needed. Sound tiring doesn’t it?

The problem here was that a relationship with a Narcissist is transient, that is the moment you are of no value to them, challenge their status or become a threat, you are immediately cast aside. This is often where you see the dark side of a Narcissist.

On the most part Fred’s behaviour was bearable and something most could handle as long as you knew how to play by the rules, but when Fred was promoted, I finally saw his true colours shine.

The moment things turned for me was not unlike any other day. Fred and I were working together with a group of others and I recognised that process we were following was not right. I asked him if this was the right approach to take. Before I knew it he had me by the throat up against the wall screaming at me “next time you challenge me I will f*&#@ing kill you”.

It was from this moment onwards that I had lost favour, I was no longer part of his posse and my remaining time there was one based on fear and reprisals.

Eventually I moved on to a better workplace with a better culture, but I still had some questions that remained unanswered; how did I not see what sort of man Fred was? What were the warning signs? Was there anything I could do to protect myself in the future?

Recently I stumbled across Joe Navarro’s book “Narcissist Among Us” and I found some of the answers I was looking for. Navarro states:

“The reality is you are the only one that can defend yourself against the Narcissist, but in order to do that, you must have the requisite insight.”

So how do you pick a Narcissist within the workplace?

After reading this book and completing the 131 question checklist (by the way Fred ticked over 80 boxes), it became apparent that Fred’s behaviours could be considered Narcissistic.

Now I have deliberately used the terms “could be considered” as I am not qualified to make this diagnosis. However, using my personal experiences with Fred, I can highlight what I believe to be the five warning signs that I missed and that you should be on the lookout for:

Finally if you believe you are in the presence of a Narcissist the best thing you can do is to distance yourself from them. Set boundaries and hope they will be respected, but don’t be surprised if they do not.

In next month’s edition we look into a range of strategies for dealing with narcissism in the workplace so that you will feel more confident to manage, as best as possible, any behaviours that may be impacting you daily.