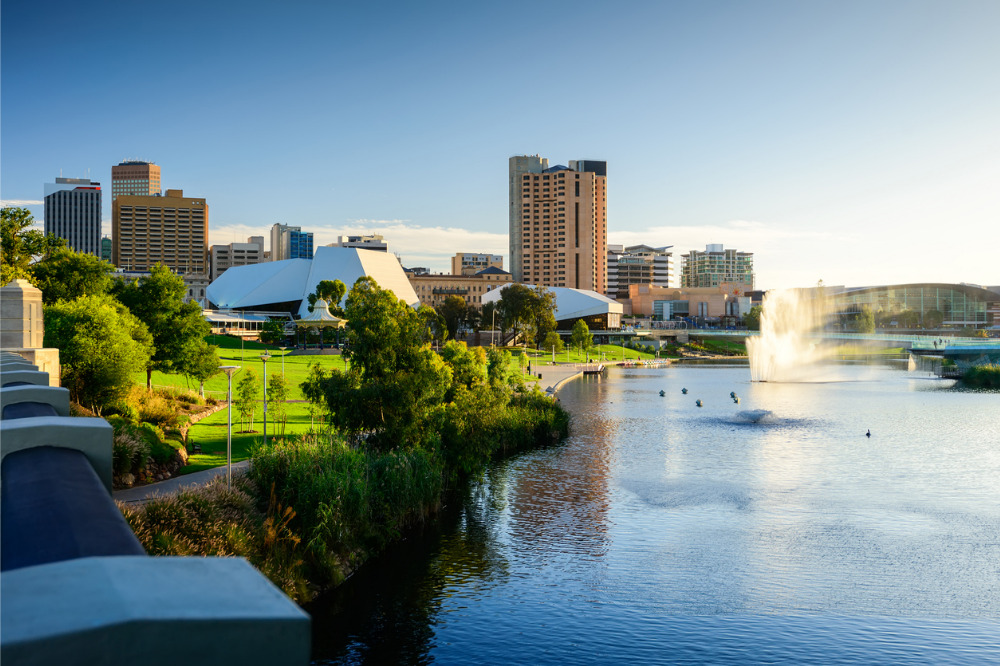 Australia’s property market may have seen some of its strongest-ever growth over the past two years, but according to a data-led buyer’s agency, a booming housing market post-pandemic requires a strong-recovering local economy.

In its latest Market Pressure Review Report, InvestorKit has revealed the 10 best-performing and fast-recovering local economies and their housing markets in Australia.

“Australia performed extremely well compared to other countries over the past two years, which puts us in a very strong position for economic growth,” said Arjun Paliwal, founder and head of research at InvestorKit. “Our pick of 10 powerhouse cities out of the whole country were based [on] a range of things to create a diverse list, not just the largest local economies. We considered large and strong economies, some of the best-recovering economies which were previously weak, and relatively strong markets in comparison to their size. As the performance of local economies is closely linked to the performance of housing markets and vice versa, it’s interesting to see the positive flow-on impact with lag and how this can help guide future investment decisions.”

InvestorKit’s pick of 10 standout economic powerhouse cities in Australia, in no particular order, are as follows:

Growing since its recovery in 2017, Greater Adelaide has a declining unemployment rate (5.5% as of February), a GRP gaining momentum at $93.25 billion, and increasing infrastructure with $165 billion in ongoing construction projects. Its housing market also remains affordable, with a median price of $555,000 and mortgages 35% lower than the average local household could afford on a 3.5% interest rate. Adelaide also demonstrates extremely high market pressure given sales volumes declining as are the sale days on market – which indicated strong capital growth.

A top-performing regional hotspot, Greater Hobart has a median house price of $640,000 and extremely low rental vacancy rates adding market pressure and resulting in rising rental prices over the past 15 months. Hobart has experienced one of the strongest local housing booms and indicates a flourishing local economy for years to come, with unemployment continuing to decline at 4.4%, ongoing infrastructure projects reaching more than $12.5 billion, and a forecast spend of more than $1.4 billion on social infrastructure over the next few years.

One of Australia’s largest economies, Western Sydney has $108 billion-plus of construction projects in progress, a population of nearly 2 million, a new airport in progress, and a high-performing new build market, with many seeing 40-60% capital growth in the last two to three years. Despite this, there is a high vacancy rate and affordability crisis in the area, with the median price at $990,000 – 26% higher than the average local household could afford on a 3.5% interest rate.

Following double-digit unemployment rates in 2016, Townsville now rivals capital cities with low rates around 5%. It currently has some $12 billion in direct LGA construction projects in progress plus $18 billion including surrounding regions of impact – notably the port improvements, defence, and large-scale energy projects. It’s also one of Australia’s most affordable property markets with a $370,000 median property price and a tight rental market.

Toowoomba enjoyed high GRP growth over the last decade and has now recovered, at $11.63 billion, after a brief drop between 2018-20. The region’s sustainable economic growth is supported by a balanced industry diversity, with healthcare and social assistance and education and training as the largest employers. Some indicators of rising market pressure at Toowoomba are its declining unemployment rate (now at 3.9%), growing number of job ads, and strong household affordability with a median price of $445,000.

Bendigo is experiencing an economic boom with a $6.11 billion GRP and a significant increase in the number of job ads and the housing market. Its population is nearly 120,000 and the unemployment rate sits at a low of 4.4%. Key projects in Bendigo include the North Bendigo Hospital build and expansion worth more than $600 million, as well as improvements to the airport and the GovHub and Law Courts in the pipeline. This has contributed to the rising median house price of $510,575 over the past two years.

Shepparton is a powerhouse city responsible for 25% of Victoria’s rural output. It has a population accounting for 10% of the total Victorian population, a GRP of $3.52 billion, and a diverse pipeline of infrastructure, including the hospital expansion and rail and highway improvements which total billions in construction projects. Shepparton has also seen strong capital growth off the back of the housing boom that started pre-pandemic, with the median house price now $387,500.

As regional Victoria’s most active and largest economy, Geelong has evolved from being a regional city to a major hub of Greater Melbourne. Jobs, GRP ($15.33 billion), and its infrastructure pipeline are all experiencing growth. Geelong’s strong performance has been driven by nearly $100 billion in activities that have directly or indirectly benefited the city and its top five job markets that are closely aligned with national numbers, diversity-wise. Given the maturity phase of its housing market, it may mean the local property market has already seen some of its best years of capital growth. But with all this economic positivity flowing through, Geelong’s strong housing conditions may return in the years ahead.

Orange is a top-performing housing market with an unemployment rate of 2.5% – one of the lowest in the nation. While it doesn’t generate the output or projects of some of the larger cities, Orange made the list for being a diverse city, a popular tourist location, and an ideal town to live in, which provides great confidence to locals for its jobs and wealth creation. It is fast becoming the agri-finance hub of regional NSW.

Wagga Wagga is a region attractive to investors. Its smooth trajectory, very tight rental market, and 4-5% growth and yields each year makes it ideal for passive investors. It also has one of the lowest unemployment rates in the country, at 2.5%, and has seen a spike in healthcare, education, agriculture, and retail jobs of late. Its strong infrastructure pipeline of $5.1 billion-plus in its direct LGA and $12.5 billion-plus for surrounding regions of impact is impressive for a population of nearly 66,000, with its diversity in projects even better for the local economic growth, InvestorKit said.