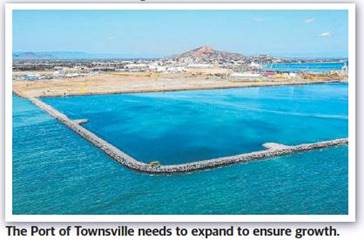 QUEENSLAND has a wealth of opportunities for future growth across the state, according to analysis done by Urbis.

With the depth of Queensland’s natural resources, diversity of its regions and the strengths of its lifestyle brand, city and community-shaping experts Urbis has uncovered 10 top drivers for long-term growth and prosperity:

3. Growth of digital and dataintensive sectors enabled by rollout of high-speed digital networks, delivery of Starlink and connection of the submarine cable to the Sunshine Coast. Associated establishment of Cyber Security Innovation Nodes in Brisbane, Townsville and the Sunshine Coast and a Tier-III Pulse Data Centre in Toowoomba.

7. Expansion of regional lifestyle opportunities including the $175 million Wellcamp Entertainment Precinct in Toowoomba and the redevelopment of the Great Barrier Reef Arena in Mackay.

10. The potential of Brisbane as the preferred candidate for the 2032 Olympics building momentum and confidence for the state.