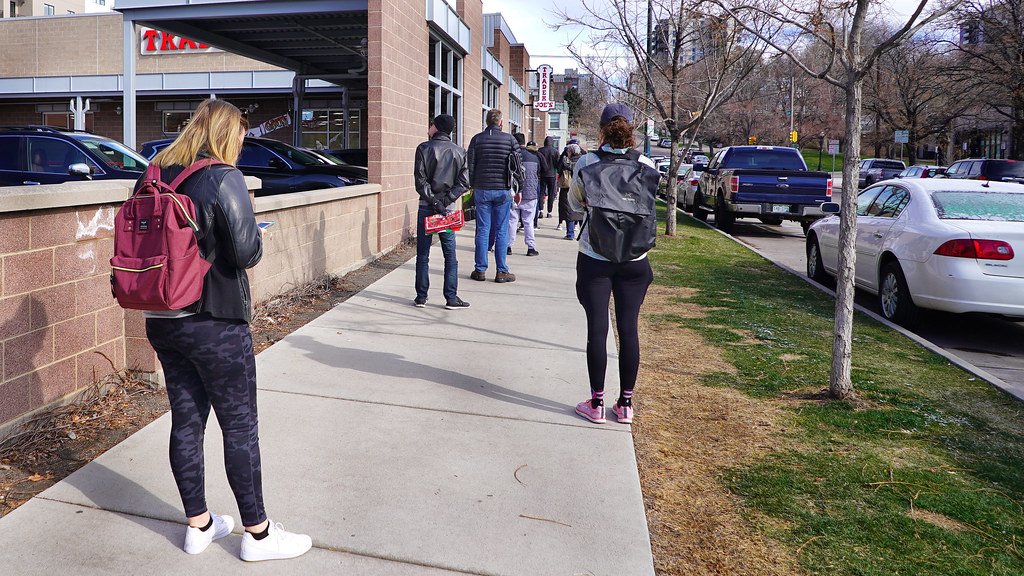 Governments will need to spend more cash on infrastructure and lift COVID-19 restrictions to ensure the Townsville region recovers from the unprecedented lockdown, an economist say.

It comes as official data puts the region’s jobless rate around 8 per cent, while economists estimate it could be as high as 18.8 per cent.

“I don’t think we have ever seen a time in our history where so many people have been reliant on a handout from the Government and so few people have been putting money in,” AEC Group senior economist Jonathan Pavetto said.

“We need governments to come in and make sure infrastructure is funded to support jobs in the economy. If done well, we can get out of this better than what we went into it.”

The Australian Bureau of Statistics released regional labour force figures for April yesterday estimating the number of people employed in the Townsville region fell 16,400 to 101,400 compared with the previous month.

TP Human Capital managing director Clayton Cook said the region’s ABS 12-month average jobless rate was 7.6 per cent, its estimate for the big drop in the number of people employed was a better reflection of workforce conditions.

Mr Pavetto said their modelling showed as many as 20,000 people were unemployed or had left the workforce in the Townsville region.

“Our estimate is that the unemployment rate should be more like 18.8 per cent,” Mr Pavetto said.

He said the hardest hit sectors were accommodation and food, arts and recreation but that job losses had also impacted health because of the suspension of services such as elective surgery and non-emergency dental work.

He estimated 19,910 people were unemployed or relying on JobSeeker payments.

Mr Pavetto said it appeared 48,000 people in the Townsville region, including Hinchinbrook, Burdekin, Charters Towers and Palm Island, were being kept employed under the Government’s JokKeeper payments.

“That’s 45 per cent of our workforce,” Mr Pavetto said.

“If we keep the economy in lockdown beyond September when JobKeeper finishes, those 48,000 jobs surviving on JobKeeper will be under threat.”

To read the full article, check out Townsville Bulletin: HERE

Posted in News
← Townsville Can Recover!Jobkeeper boosted local jobs in May →