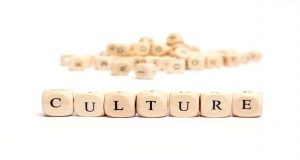 As a dedicated cricket tragic I have spent many late nights watching the Australian cricket team take on the worlds best. Imagine the absolute disgust I felt on Sunday morning when I woke up to see Steven Smith addressing the media in South Africa acknowledging that the leadership team decided to tamper with the ball. No matter how you put it, they cheated and in turn branded all Australian’s as cheats.

Why would the Australian captain, his leadership team and potential one of the most promising new test player commit the ultimate betrayal. Why risk everything for the win?

Putting my extreme disappointment aside for a moment, I reflected on a number of examples in the business world that have some correlation. For instance, how was it that Facebook was able to provide easy access to Cambridge Analytica, a political consulting firm created in a sense by Steve Bannon, to the data of 50 million users without them knowing. Let’s not forget the Volkswagen engineers who created a code to alter the emissions rating of their cars during testing. Finally, locally in Townsville with Storm Financials involvement with large banking institutions  providing their clients with financial advice that was inappropriate to their personal circumstances.

How could it be that these business, like Australian Cricket (leadership), allowed its purpose for being, to become un-moored from its ethical obligations?

My belief is that when businesses, teams and individuals have an extreme emphasis on results, they are highly susceptible to exceeding both ethical and legal boundaries. When the focus is on ‘winning at all costs’ (whether it’s a cricket game or making money), people do bad things. Some call this greed. How could one-person have that much power and influence within a business or team to allow this to happen? Surely there are checks and balances in place to ensure that these things don’t happen.

It’s clear to me that in all of these circumstances, culture is the culprit.

An organisations culture defines how it operates when others aren’t looking. It represents the collective values, beliefs and behaviours that contribute to the “Why” a business or team exists, “How” it operates and “What” it produces. A culture should be entrenched into every aspect of the operations and protected by leaders at all levels at all costs. When the culture become infected by greed or a focus on winning (whether it be profit driven or becoming number 1 in the world), people end up doing things that are unethical and illegal.

Whether it be Facebook, Volkswagen or Storm Financial, it’s clear that the culture that had been allowed to fester, is the true cause. Sure, there were a number of people who behaved unethically or illegally, but the only reason these people were able to act this way is because there was a culture that either allowed it or worse, rewarded it.

It doesn’t matter whether you own a local cafe, multinational manufacturing company or lead the Australian cricket team, when your focus is solely on achieving your outcomes, or you lose focus on why you started your journey, you risk the chance that you will end up breaking the trust of your loyal supporters and clients. Ultimately, as Steven Smith will soon experience, you end up paying the ultimate price.

Is the poor culture to blame?  OR could Cricket Australia defend their lack of leadership / culture and pass blame to the players claiming their should be an inherent understanding by players of the rules/Laws of the game?  Since they have all been playing the game for a long time and are considered ‘experts’.

In the workplace is it acceptable to rely on your staff understanding that Sexual Harrassment isn’t acceptable?   or is it okay to believe staff should know how to go about their work safely or are there rules in place that they must follow?

Cricket has a code of conduct:

Spirit of the Game

Besides observing the Laws, cricketers must respect the “Spirit of the Game” and the Preamble to the Laws, first published in the 2000 code, opens with this statement:[81]

“Cricket is a game that owes much of its unique appeal to the fact that it should be played not only within its Laws but also within the Spirit of the Game”.

Ball tampering is considered illegal (against the rules of the game) https://en.wikipedia.org/wiki/Ball_tampering   and is a serious offence.

I believe there are similarities to the business world, where GREED has an effect on the culture Leaders of organisations instill in their staff (teams).

The pressure to perform ($$$) in sport or business can drive people to assess risk differently.  RISK VS REWARD.  Taking safety shortcuts to make more widgets, until someone gets killed or seriously hurt.   Add individual monetary reward $$ to the equation and it amplifies the issues significantly – people are affected at different levels by greed, however most issues seem to occur when the amount of money able to be earnt is somewhat able to be influenced by the individual.  eg.  truck driver gets paid per delivery might shortcut safety of themselves and others by breaking road rules and avoiding sleep.  the individual is assessing their own risk VS reward.

The Captain of the Australian cricket team is not the SUPREME Leader, they are way down the Organisational Chart.  They are similar to a Team Leader / Supervisor in any organisation, with the added benefit that they have other leaders / managers watching their every-move during the work day.    Those managers (Coaching staff, Management) report to other layers of Leadership and Management within Cricket Australia and Internationally.  Add to that they have monitored security cameras (TV cameras + the fans) watching them perform their work tasks throughout the day.  The RISK of getting caught doing something wrong is obviously high, so why?   risk takes into account a few factors including consequences – will a person take a risk if the consequences are low, but the reward /pressure potentially high?   who drives the consequences?  the Leaders of the organisation.   If the appetite and assessment of risk was wrong, is culture more to blame?

Want to know more about how to create a positive workplace culture contact us today.