On the 15th of April 1912 at 2:20am the Titanic split in two and plunged to the sea floor killing over 1500 people. Within two years the International Convention for the Safety of Life at Sea (SOLAS) was created, ensuring that a disaster like this could never happen again.

So how was it that on the 24th of July 1915 the SS Eastland could capsize in the Chicago River and killed 848 people? It had to do with unintended consequences brought about from the Titanic disaster and this, for anyone who makes decisions, is something we can learn from.

The Titanic carried enough lifeboats to save less than 1200 people, which is 2300 less than what she was licensed to carry. Two separate investigations held in the US and Britain led to the development of the International Convention for the Safety of Life at Sea (SOLAS) in 1914. From this point onwards, all boats needed to comply with the SOLAS requirements including the SS Eastland.  Once the Eastland was retrofitted with a complete set of lifeboats, it became top-heavy, ultimately leading to its capsizing. This was an unintended consequence of the Titanic’s sinking and the regulations developed in haste as a reaction to the massive loss of life.

There are numerous examples of where the decisions made by businesses, leaders and everyday people, have led to unintended consequences, for example:

I am sure most of you have seen examples of where the decisions made at the time seem sound enough, but months or even years later, things happen that you did not expect. Sure, there are times that you are not going to get it right, but what would you say if there was a way that you can avoid, or at least minimise, unintended consequences.  To do this you need to understand three of the reasons they occur.

I am sure most of you have seen examples of where the decisions made at the time seem sound enough, but months or even years later, things happen that you did not expect. Sure, there are times that you are not going to get it right, but what would you say if there was a way that you can avoid, or at least minimise, unintended consequences.  To do this you need to understand three of the reasons they occur.

Correlation does not equal causation 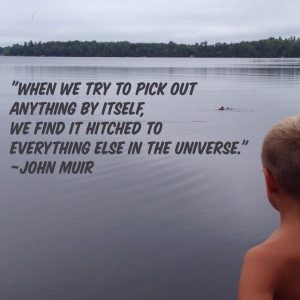 The focus in the modern workplace is to get to the root cause fast to find a solution. It makes sense that if there is a hole in the bucket you plug it. Whilst this is an important part of the diagnostic process, most, if not all situations have more than one cause. Why did the hole get there and is it likely to happen again? Unfortunately, in our haste we often look for the one thing that we can see that correlates to the cause and forget the rest. The issue here is when we do this, we make assumptions that lead to poor decisions, for example:

95% of the successful Fortune 500 Companies have men leading them. Therefore, we should hire a man because they are more successful as CEO’s – We all know that this is not a fact and if you look at the science, gender has no correlation as to whether you will be successful as a CEO. What it does demonstrate is how easy it is make inaccurate linkages and decisions.

It’s important to recognise that we can’t assess things in isolation. Design thinking and critical analysis is essential when we are looking to find solutions to complex problems. My advice is that if you only find one root cause, then you need to look again, with fresh eyes because you are probably missing something. Don’t be afraid to dig deeper.

When a problem arises, we focus on a quick fix. In times of crisis this is useful, however these quick fixes are short term focused and often lead to longer term problems.

A large organisation I worked with wanted to reduce their sick leave stats. They created a recognition scheme where if you had 3 months, 6 months or 12 months without a sick day you would be rewarded. In the short term they achieved their goal of reducing their sick leave stats to an acceptable level. The unintended consequences were that people would come to work sick and infecting the rest of the building. Unplanned leave rates went up in other areas not involved in the recognition scheme.

It’s important to consider what your long-term goals are rather than the low hanging fruit. In this example, I helped them work towards the long-term goal which was to create an environment where people were engaged and happy to come to work. Institute a return to work conversation policy and educate people about health and well-being. When we consider the long term rather than the quick fix, we make better decisions. Ask your self how will this impact the business or our customers within the next 12 months or longer?

Groupthink is a psychological phenomenon that occurs within a group of people in which they desire conformity for harmony in a dysfunctional decision-making process. When this occurs, individuals avoid raising controversial issues or alternative solutions, and there is a loss of individual creativity, uniqueness and independent thinking. This generally occurs where there is a power or status imbalance within the group or in an environment where people don’t feel safe to speak up.

The whole war in Iraq in 2003, was based on the notion of disarming Iraq of weapons of mass destruction (WMDs). The issue was there were no WMDs found. Whilst France, Germany, and New Zealand argued that there was no evidence of WMDs, the US, UK and Australia all believed in their own intelligence. Part of the problem may have been that everyone involved in intelligence collection perceived that their superiors wanted information that confirmed their suspicions, so that’s all they gathered.

As someone who experienced the Iraq conflict, I saw firsthand the unintended consequences of groupthink. The key to avoiding groupthink is to create an environment where people feel psychologically safe to raise ideas in meetings. Leaders play a pivotal role in ensuring that their institutional status doesn’t inhibit robust conversations where ideas are floated then analysed in a productive and professional manner. Allocating one of ‘Edward de Bono’s Six Thinking Hats’ to people in meetings is a great way to reduce groupthink and in turn, make better decisions.

We are never going to be able to predict the future perfectly, meaning unintended consequences are inevitable. In the case of the Titanic and thus the Eastland, I believe they rushed in to solve a complex problem, resultingly creating a number of unintended consequences, one of which was the loss of 848 lives.

As a decision maker it’s important that you consider whether you are actually working on the root causes or just trying to plug the hole, that you consider the long-term goal in your decision and the impacts they will have, and that you have created an environment where groupthink is minimised. When these 3 things are in place you will be able to make better decisions and avoid the pitfalls of an unintended consequences.