Why getting on with others matters

Historically getting others to like us was literally a matter of life and death. If we could make friends, then we had people who would hunt with us and look after our kids when we got sick. Getting on with others dramatically increased our chances of survival. Conversely, an inability to play nicely with others meant potential exile from the group…which usually led quickly to our demise.

Today, having friends is not critical to our day-to-day survival. Many people live alone and manage to find food and look after themselves. In fact, the statistics publication, Social Trends estimates that by 2020 one-person households will make up 40 percent of total households.

So while modern technologies have enabled us to be much more self-sufficient, it can be argued that getting on with others in the workplace has never been more important. The modern workplace has moved from independent solo work to interdependent group-based collaboration. In a study conducted by Daniel Pink and Qualtrics named What Do You Do at Work? – Two main findings emerged:

Think about yourself for a moment. Do you ever have to convince others to adopt a new system or process, persuade a manager to invest in your personal and professional development, or influence a management team to allocate more resources to your unit?

We like to think of ourselves in a work context as rational and logical. But we frequently see that the best idea or the best argument does not necessarily get adopted. In reality we tend to give more credence to ideas that come from people that we like. We then use logic by hindsight to justify our decision, much in the same way that we can rationalise an impulse buy to a partner after the fact.

So why are some people better at getting more of what they want, while at the same time maintaining and enhancing their working relationships? It seems that you can have your cake and eat it too.

It turns out that Influencers engage (either naturally or as a learned set of skills) in what sociologist Erving Goffman termed Impression Management. Impression Management involves what we do in social interactions to create and maintain desired impressions of ourselves in others. Let’s be clear, we are not talking about ‘brown-nosing’ or ‘sucking up’. A better frame is to think about treating others with respect – making them feel valued and important.

Children are natural masters of Impression Management. They will often employ the tactic of ‘flattery’. Does this scenario sound familiar, “Mum, have I told you how pretty you look today”. This is then typically followed a short time later with a request, “Mum, can we go to McDonald’s for lunch?” Alternatively they may employ the tactic ‘favour giving’ – proactively tidying their room, the subtext being “see how good I am being and you didn’t even have to ask me.”  Again this can then be followed by a request for something they want.

Children tend to use Impression Management as a tactic rather than as a longer term strategy and way of being. They think about what they want you to say “yes” to in 5 minutes or five hours’ time and deploy a plan to maximise their chances. Generally in adult relationships we are much more sensitive to tactics. If we perceive that the only reason someone is paying us a compliment is to get something from us, we tend to reject it. Instead of building their credibility with us they in fact lose it.

So what are some of the factors associated with higher levels of influence? 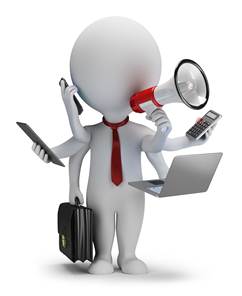 It goes without saying that to be able to influence people at work we need to be seen as competent at what we do. It does not matter how likeable we are, if we are frequently making excuses and offering apologies for our work performance we will be unable to exert much influence.

There is a caution to being competent and that is to avoid rubbing people’s faces in your proficiency and dedication. Announcing your latest triumph at each team meeting and sending emails to the boss and colleagues at 11.30pm about your latest business improvement idea has been proven to make you less, rather than more likeable. 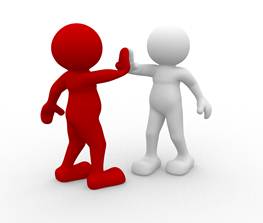 As human beings we have a high need to feel good about ourselves. At an identity level we need to feel:

Paying people compliments taps into all of these basic needs. Complimenting people on their appearance and giving them praise for an aspect of their work performance will enhance the impression the other person has of you.

In a number of workplace studies, employees who complimented their manager received higher ratings on performance appraisals than those who did not engage in approving behaviours. We know what some of you might be thinking at this point – “But, you don’t understand. My boss is an idiot and my co-workers are defective. How am I meant to genuinely praise these deeply flawed individuals?”

We are in the time of ‘do more with less’ and arguably workplace stress is a bigger factor than it has ever been. This heightened stress makes us hyper-sensitive to the negative. We are masters at spotting the mistakes, faults and blunders of the system, the process and the people. We are so good at spotting ‘what is wrong’, that we have stopped seeing ‘what is right’. All is not lost though. We are all capable of resetting our filter to see more of the positive. We just need to prompt ourselves to do it. Set yourself a goal each day to spot one praiseworthy action in the boss or a colleague. You may find it challenging initially, but within a short-period you will overwhelmed with genuine opportunities to compliment others. 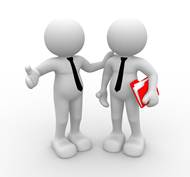 We like people who are similar to ourselves and we tend to naturally gravitate to people who we see as ‘like us’. The motto here is ‘similarity binds’. If you think about your friends for a moment it is highly likely that the majority will fit a similar demographic to yourself – age, ethnicity, income bracket, lifestyle, interests.

In a work context, we are more disposed to like people and be influenced by people who we see as similar to us. Influencers take time to connect with others in the workplace. They show an interest in their co-workers personal lives. Just a note here – if you are finding out about your co-workers’ personal lives and there is a hedge or glass between you and your co-worker then you are stalking and at risk of arrest. The legal caveat aside, influencers naturally look for commonality in both a work and personal context. We like people who cooperate with us and help us (rather than hinder us) to achieve our goals. Influencers understand what is important to their work colleagues in terms of results. They find proactive ways to assist others. They will do unsolicited favours that move a manager or colleague closer to their goal. It could be as simple as unloading the dishwasher for a colleague who you know has a tight deadline on a presentation.

Performing an unsolicited act of kindness for another person taps in to an underpinning principle of human relationships, the principle of reciprocation. Simply put reciprocation is the idea that like behaviour is returned to the initiator of the behaviour – a kind deed must be repaid. Influencers understand this principle well and they ensure that their ‘favour bank’ is always in credit. 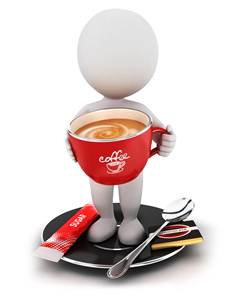 There is a danger that this could be seen as pure manipulation. We would like to stress that this depends on your intent. True influencers engage in the strategies outlined above not as a tactic for short-term gain, but as a way of being. They believe that engaging in these behaviours makes for a more enjoyable, more engaged, and more productive workplace. By helping others get more of what they want in the workplace, to be validated, to feel competent and to achieve their goals, Influencers realise that they will get more of what they want.

Enjoy getting and eating your cake!

Posted in News
← TP – RSPCA XMAS FOOD APPEALIs what you see all that’s there? →