Why are we reluctant to raise issues?

Given the choice of raising a difficult issue or avoiding one, most of us would rather do the latter. The majority of us avoid talking about what matters most with our work colleagues, our friends, our families and our partners. There are sound biological and psychological reasons for avoiding difficult conversations. On a biological level we are hard-wired to put our personal safety above all else and to the more primitive parts of our brain a difficult conversation with another person looks the same as facing up to a dangerous predator. To the limbic brain all loss is significant, whether that is loss of life, limb or relationship. From a psychological point of view, several factors are at play, which subliminally influence us to avoid raising an issue:

The first step to becoming more proactive in raising issues is to recognise that while the above factors are normal for us to experience, they are largely driven by the limbic brain, with the primary role of ensuring our safety and survival today. We focus on the immediate risks involved in speaking up, whilst completely ignoring the certain ongoing costs of not speaking up.

Guidelines for Speaking up 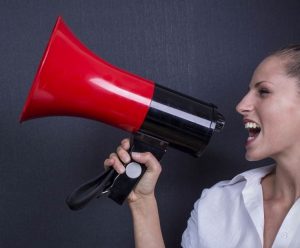 Assume people can change We often defend our choice not to raise an issue, by convincing ourselves that there is no point because the other person is incapable of changing. Interestingly, if we reverse the situation and consider for a moment if we would like a colleague to raise an issue they had with us, most people say, “Absolutely”. We say “Yes” because we care and have confidence in our ability to change. Do the other person the favour of trying to let them change.

Be clear about what you really want

When people raise grievances they can sound more like accusations than aspirations, for example, “You are a jerk!” No conversation is going to be productive when we are intent on point scoring and getting the other party to admit wrong doing. Under these circumstances the other person is likely to defend or shut-down because we have given them nowhere else to go. Before speaking up consider what you want to accomplish – not just for yourself, but for the other person and the working relationship longer term.

It has been said that we don’t have a problem with what people have to say, but with why they are saying it. People often read any criticism as a personal attack. You can avoid this misconception by starting the conversation by explaining your positive motives up front. For example, “The reason I want to raise this is so that we can find ways to better meet our work goals.”

As we have indicated, most people don’t deliberately want to make other people’s lives difficult. Creating space in the conversation to understand their priorities, goals and needs can give you insights into their current behaviour as well as potential solutions.

Stick to the facts

When we have bottled an issue for a period of time, there is a tendency for it to grow big and hairy. Specific incidents and facts become buried under layers of conclusions. Avoid broad conclusions such as, “you don’t care,” or, “you’re incompetent”. Instead focus on specific incidents, events and actions such as, “Yesterday morning when the Led Zeppelin song came on…”

Speaking up in Group Situations

In an acclaimed series of experiments (that continue to be replicated by other psychologists today), psychologists John Darley and Bibb Latane’ looked at the impact of group behaviour on individual behaviour. In short Darley and Lantane’ found that once the group number got to five, 75-percent of people will default to the group norm, even in extreme situations. For example when Darley and Latane’ simulated that an adjacent office was on fire by forcing smoke through the venting system, three out of four individuals kept working when confederates (researchers) acted as if nothing was unusual. Three factors are at play here; adherence to perceived group norms, diffusion of responsibility and deference to authority. 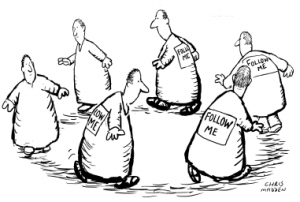 Belonging to a group meets two primary needs. Historically, being part of a group meant safety and survival and subliminally we were highly motivated to behave in ways that made our continued membership more likely. Being part of a group also meets our esteem needs; we want the chance to contribute and feel useful and are reluctant to do anything that could jeopardize that.

Again the greater the number of witnesses, the more likely we are to observe this phenomenon. Diffusion of responsibility explains our tendency to transfer the burden of taking action to others. We can do this almost unconsciously, assuming that someone will or already has taken appropriate action to resolve the situation.

We are hard-wired to yield to the most senior person in the environment. We look for their lead on how we should view and respond to a given situation. People senior to us have control over things that impact us either positively or negatively so we are careful to remain on their good side. Furthermore we often believe that it is the role of someone in a position of authority to take responsibility.

Most of us can recognise bad or inappropriate behaviour. The challenge is not in being able to recognise the behaviour but in what to do next. As mentioned previously there are good reasons that human beings are wired to want to fit and belong to a group. Historically belonging to a group was better because it greatly increased our chances of survival. The same psychology that applied back then is still relevant today. To a large degree we do not want to stand out or stand up to the group and risk being placed on the outer. When bad behaviour happens in a group we look to the reaction of others to guide us as to how we should respond. If we believe that others are okay with the behaviour because of their inaction, we conclude that we are better to say and do nothing. The key factor to note is that most people witnessing the incident are thinking the same thing, that “this is not okay”, but believing that everyone else sees it as okay. The reality is that it just takes one person to speak up so that others will jump on board and address the situation. Even if you feel like the odd person out, don’t stifle your concerns. Simply express them respectfully. Research shows that this small dissent can provide powerful permission to the silent concerns of others. 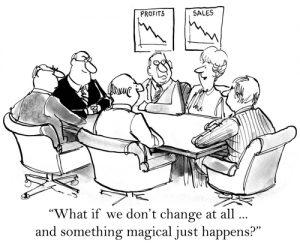 While each of us has an ethical responsibility to ensure a safe working environment for ourselves and others, we also have a legal responsibility. Under the law each of us as employees is subject to Accessory Liability, which means that we are accountable for our indirect actions or inactions. Claiming we were not the perpetrator and did not approve of another person’s actions is no defence under the eyes of the law. In the same way that the law expects us to stop someone who is about to use a piece of machinery without the correct personal protective equipment, so the law expects us to address inappropriate workplace behaviour between individuals.

Unless safety is at stake address the issue with the person in private. Even if you think the person deserves it, you don’t gain anything by reprimanding them in public. People have a strong need to ‘save face’ and will tend to become defensive if they are challenged in front of their peers.

The research shows that most people who behave badly towards others do not see themselves as bullies, so come from a place of assuming innocence. Start from a position of “I just want to bring this up and I know you probably didn’t mean to offend…but…” Not many of us can handle someone accusing us of intentionally being a bully. Another pointer here is that you can come from a position of looking out for them i.e. “I’m talking to you about this because I don’t want you to get into trouble”.

Earlier we talked about the power of social norms and as human beings our desire to be part of the group. You can leverage this power by making the perpetrator aware that it is not just you who thinks this way and that others also believe the behaviour is inappropriate.

Depending on the severity of the behaviour you may want to fire a shot across the bow by letting the person know that you won’t be taking it any further this time, but that if the behaviour happens again you will be left with no choice but to report the behaviour formally. If you get resistance to this idea that you will have to report a future incident you can mention that the person is putting all of your jobs at risk – meaning that all can be held accountable if you knew about the behaviour but did nothing. Most people don’t see themselves as having the right to negatively affect another person’s livelihood.